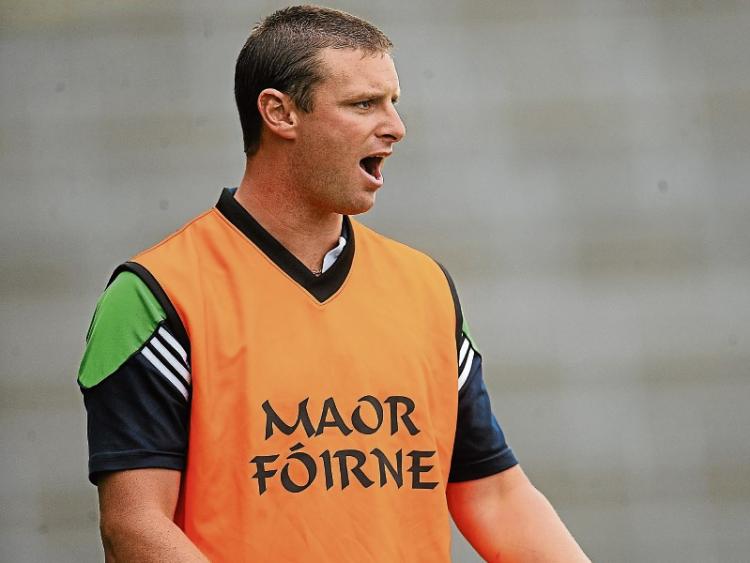 BRIAN Begley didn’t have to think twice when Billy Lee made contact about joining his new-look Limerick senior football management.

Over a decade ago, Lee was a Limerick selector under Liam Kearns and Brian Begley was a much sought after dual player.

Since his retirement Begley has moved into coaching gaining experience with his club, the footballers of Mary Immaculate College and the 2010 Limerick minor hurlers, among others.

Last November, Begley was appointed as a Limerick football selector, along with Monaleen’s Ricky Ronayne. The remainder of the management team ratified under manager Lee was trainer Paudie Kissane and strength and conditioning coach Barry Fitzpatrick.

“I know Billy a long time and we had a couple of very good years under Liam Kearns and when he made the phonecall at the end of last year it didn’t take me too long to weigh up whether I would get involved or not,” explained Mungret man Begley.

This Sunday, the Limerick selector won’t be the first Begley to patrol the sidelines of Cusack Park in Ennis.

Involved with the Limerick minor footballers in 1996, Pat Begley is a native of Ennistymon and played championship football with Clare before work too him to Limerick.

“It’s a new role for me - most guys who have played inter-county will tell you that there is nothing like putting on a jersey and walking out onto the field for a match but that’s over for me and this is a new role,” explains Brian Begley.

”I am enjoying it and learning a huge amount with Paudie (Kissane) – hopefully we will be at it for another couple of months!,” said Begley.

In his playing days, Limerick had an upperhand on Clare, but ahead of Sunday the two counties have swapped ascendancy.

”When you are building a team, you use the league to progress but at the end of the day you are looking to championship and that’s where you are going to be judged,” he said of Sunday.

”We had a reasonable good league campaign - a slow start but to win the last four league games was a good boost for lads, who had been working so hard. There is a bit of experience with the youth but when guys come in and a new manager, they were are all willing to learn and give you an opportunity to lay out what you want to do for the year. To be fair to the lads they have been very eager and have immersed themselves well in the panel.”