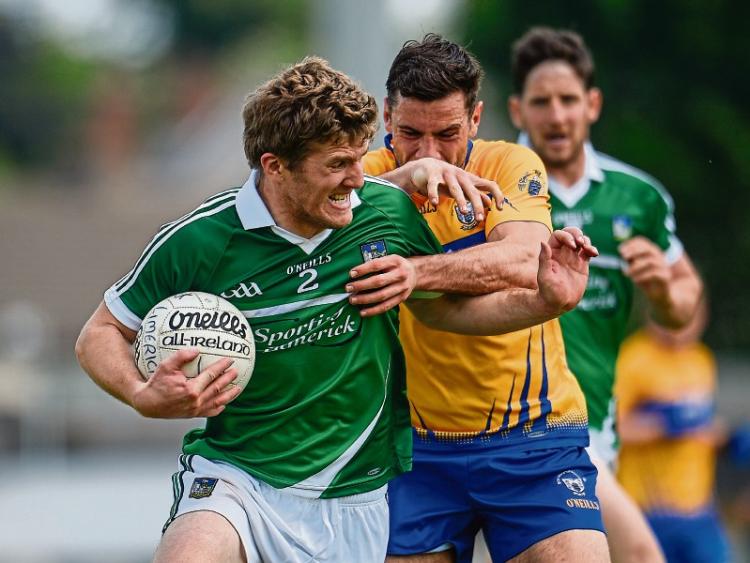 “I’M not a grandfather yet,” jokes Johnny McCarthy but the reality is that when the stalwart Limerick football defender made his debut in 2004 the vast majority of the current panel weren’t even old enough to play in the Primary Game.

“I’m relatively young yet,” stresses the St Kierans man ahead of his 14th inter-county season.

Indeed 1997 was McCarthy’s first taste of the inter-county scene when he played in the Primary Game! A minor hurler and footballer with Limerick in 2002, McCarthy was then involved with the county U-21 panel for three seasons before making his Munster SFC debut in ‘04.

”All you can do is come back and put in your best effort it’s always a test and if you can get out there and stay injury free," explains McCarthy, who played U-21 football with current Limerick strength and conditioning coach Barry Fitzpatrick.

”I want to put in a good performance for the team and do my job and if all 30 in the squad do that, then we will be happy on Sunday evening. You come back every year and think what can I do different but there is always something different and that makes it interesting for the players,” he outlines.

“They are good craic but I’m not a grandfather yet - the new fellas bring new energy and the one thing about the Limerick footballers is that there is always great banter and great spirit and everyone is pulling in the same direction,” explained the softly spoken full back of the new-look Limerick panel.

“Obviously Clare are favourites, they were in Division Two and had a good run last year but at the end of the day we are looking after ourselves and hope as many players as possible play well on the day.”

Vice-captain McCarthy stresses that Limerick are focused just on their own performance.

”At the end of the day we have to go out and perform - we are an inter-county football team and we want to put in a good display and wherever that takes us we will go. We are just planning for a good performance,” said McCarthy.

He added: ”It’s hard to know what way the result will go - Clare are favourites but we are hoping to go up there and put in a real good determined performance and try to implement our own game plan. We will be competitive and make it hard for them and if we have a bit of luck, you never know”.

”We are building - Rome wasn’t built in a day and we have a lot of young fellas coming in. We are hoping to go up to Ennis and put in a good performance for ourselves, our families and the county,” said the elder statesmen of the panel.