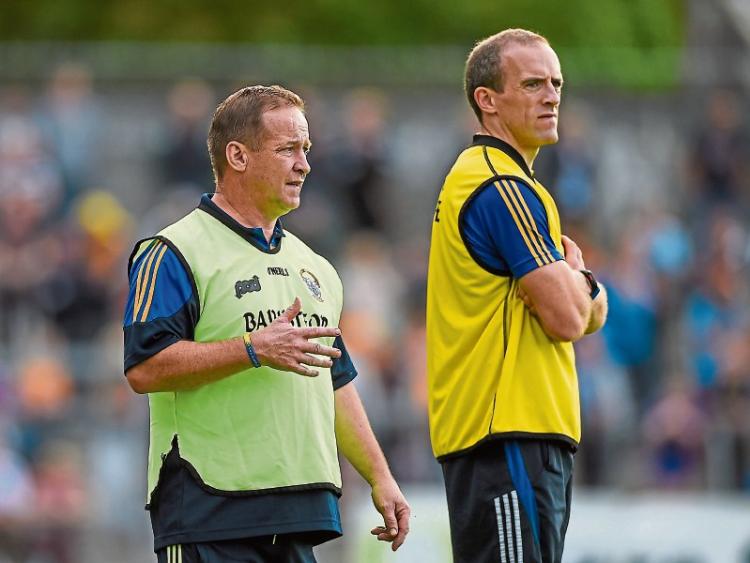 PAUDIE Kissane insists that “transition” isn’t an excuse for the Limerick senior footballers ahead of Sunday's Munster SFC with Clare.

Cork’s 2010 All Ireland SFC winner and All Star joined up with Billy Lee’s new Limerick set-up this season after playing a role with his native Cork last year – in 2014, Kissane was Clare’s trainer.

”It does give me an inside track and I know Colm (Collins, Clare manager) and some of the players, which is a help but of course that works two ways and they would have the inside track on how I work,” explained Kissane.

”I guess it adds to it a small bit but it’s not something that I really use to our advantage because it’s not a guarantee that because I worked with them before that I am definitely going to get the right result,” he said.

”We are looking forward to the game which is the right way but at the same time we know it’s going to be a challenge - we are going to have to play right well to be competitive first of all and then we will see after that. I hate the word transition but there are obviously a lot of changes since last year. Last year’s result is irrelevant there have been so many changes,” he suggested.

”It’s important not to dwell too much on previous years. It’s a new panel and a new team and it’s about 2017 and learning from January, February, March, April of this year and not necessarily 2016 and before. You got to focus on the now and get on with it and that’s why I hate the word transition - granted there are a lot of changes from last year but sometimes transition can be used as an excuse.”

“I think we are a young team that has made initial steps forward and there is more there and how long that will take who knows but we definitely need to improve come championship day against Clare.”

Under the guidance of Lee and Kissane, Limerick have adopted a new approach.

“I can’t comment on last year because I wasn’t involved but we have tried to go out and win a game or be as good as you can be. In every team when you don't have the ball you are going to try and limit space but we want to be positive and you can put pressure on teams by getting scores on the board yourself. We want to go out and be competitive and try and win a game rather than trying not to lose,” explains Kissane.