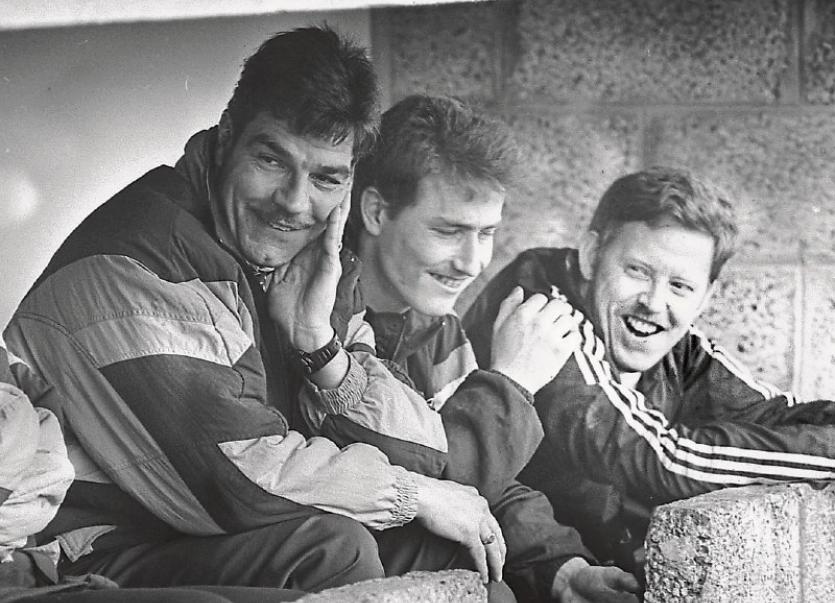 Sam Allardyce, left, pictured in the dug-out as player-manager of Limerick when taking on Cobh Ramblers in February 1992

CRYSTAL Palace manager Sam Allardyce has confirmed this Monday that the Premier League side will face his old club Limerick FC in a pre-season friendly this summer.

Former England boss Allardyce announced that the Eagles will spend some time in Ireland ahead of the Premier League 2017/18 campaign, with a friendly set to take place against his former side Limerick, where he was player-manager in 1991-92.

Allardyce spent one season in Ireland and guided the team to promotion into the League of Ireland Premier Division, and he confirmed this week that he would take his Eagles side back to his old club.

"We will go to Ireland for a pre-season work-out and then finish it with a game against my old club Limerick," he told the Croydon Advertiser newspaper.

Fifty one-year-old Englishman McDonald spent time at Newcastle United and Everton as a player, making over 300 appearances combined, and has managed Carlisle United and Blackpool.

No dates have yet been announced for Crystal Palace’s trip to Ireland or the game against Limerick, and it is expected that Palace will confirm their pre-season schedule in the coming weeks.