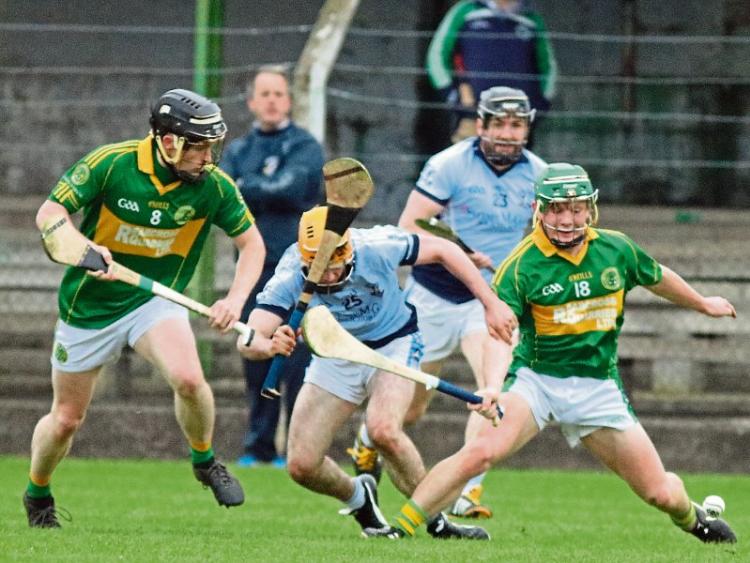 THE opening pucks in the Limerick senior hurling championship took place last weekend and while few enough clues were given it does suggest that it could be a well contested championship.

It could be late in the summer before the real action begins but right now it looks like current champions Patrickswell, Na Piarsaigh and Kilmallock will be around come the business end of the year.

Patrickswell will know only too well that they just about got over the line against Adare. This was a good game of hurling that was well contested. Adare will wonder how they left this game after them. They enjoyed lots of possession and should have closed the game out.

Patrickswell showed why they are champions. They showed patience and craft when it mattered most and I would expect improvement from them as the championship progresses.

Both teams had to start without key players and for Adare it was Declan Hannon and John Fitzgibbon. Diarmuid Byrnes was equally a big loss for Patrickswell. He had a MRI scan on his knee last Friday and both his club and Limerick will be anxiously awaiting the results of that.

From the off Adare brought a high level of intensity to the table. They worked hard and moved the ball with pace. It troubled Patrickswell but despite having an obvious advantage Adare found it hard to show it on the score board as they lacked power in the full forward line.

Brendan O’Connor who made the short journey from Croagh to play with Adare had a good maiden voyage. He landed some good scores and picked some good ball from the air. Willie Griffin had a good opening half but if Adare can find a way to put O’Connor and Griffin in the same line they might go a bit further in this championship. I think Adare are not playing as a unit and until everyone is going in that direction they will suffer.

Too many players are playing an individual game and to gain success that will need to change. They have also introduced some young players and they will serve the club long into the future. Hard to blame them but a lack of experience sees them over play the ball and also trying too many flicks.

Patrickswell found it hard to gain the upper hand but their ability to grind out games played a key part in them winning this encounter. In fairness to both teams there was a bit of bite in this game. I didn’t see much of it in the other games I was at, so for that alone this game was always interesting. We had a lot of hurling between the two 45 meter lines and many of the scores came from this area.

The ball was flying on the hard ground but both teams over played it and made life difficult for themselves.

Patrickswell showed improvement in the second half and it was clear they were making progress. Adare struggled to score and bit by bit Patrickswell wore them down. Cian Lynch needed to come into the game and he did in the second half. So too did John Flynn, he landed a fine point at a crucial time while Aaron Gillane and the impressive Andrew Carroll also delivered crucial points to close out the game for Patrickswell.

Kevin and Seanie O’Brien were also coming to the fore and this created a lot of problems for Adare.

Losing this game will put Adare under pressure who face Knockainey next weekend while Patrickswell face Na Piarsaigh on Saturday evening at the Gaelic Grounds.

Kilmallock sent out an early warning that they have more to offer.

Three goals after halftime sealed this game and Ballybrown had little hope of coming back from that. Robbie Hanley and Oisin O’Reilly have wintered well. These young lads have developed and are going in the right direction. They both scored goals and have left a calling card to suggest that they have more to offer Limerick in the future.

Kilmallock didn’t really function last year and you get the sense that they are playing with a bit of hurt. Now any team that can apply that in the right way will prove hard to beat. Ballybrown have been badly hampered by injuries in recent times but they are now under pressure having lost their opening game and will face Ahane this weekend.

Monaleen returned to senior ranks last weekend and they got off to a great start against Knockainey.

This was an open game but we did have some good passages of hurling. Young Mark O’Dwyer had a great game. He scored ten points from play and frees and since I first picked him out at U12 he has not disappointed. He has really good hands and managed to convert some difficult frees. Monaleen were also well served by Ed Doyle, now at centre back he played a commanding role and held his line.

Peter Russell is a player I have often written about and he was not found wanting in this game. Jamie Porter also did well at corner back. The game finished level and Knockainey showed a great appetite for hard work in the second half. Patrick Kirby scored 0-8 from frees and play and was key to Knockainey staying in the game. Jack O’Grady was impressive in the half backline and also scored. Working from a small base you would have to admire the tradition of Knockainey. While others around them dropped down they have managed to hold the rope and survive.

Ryan had 0-10 to his credit and this result could prove enough to keep them in senior ranks for another year. Liberties are a pale shadow of the many great teams of the past and like others are struggling for the last few years at this level. Conor McSweeney had a great game and this lad has all of the tools to play at a higher level. He makes the right calls most times and plays the percentages.

Bruff had this game in the bag but fell away at the vital stage. Shane Bulfin scored 0-10 from frees while Chris Brown and Bobby O’Brien played really well. They were upset with some of the calls that went against them but they had control and let it slip.

The people in charge of fixtures have once again given little value to the supporters.

No double headers at senior level and the Scrooge mentality won at the expense of game development. It’s a far cry from what’s on offer in Clare this weekend. The crowds at games were very poor and the County Board are doing little to boost it. Hurling needs a lift and they need to find ways to bring people back to watching games.

It wasn’t a good weekend for the majority of county players.

It looked like they were stuck to the ground and few of them made any real impact for their clubs. I may be wrong but from what I am seeing some of them are lacking in confidence and we can only hope that will be right by June but also for the next round of games this weekend.

There is little wonder that Limerick players are looking for frees when they go out of the county.

Of all the games I saw last weekend I witnessed referees blowing where there was no free. They should go to Kilkenny and see what happens there.

Players in Limerick are rolling around on the ground pretending to be dead in some cases for the sake of getting a free and also trying to get a lad sent off. Dirty play must never be tolerated but good hard hurling will only get players ready for the real world.