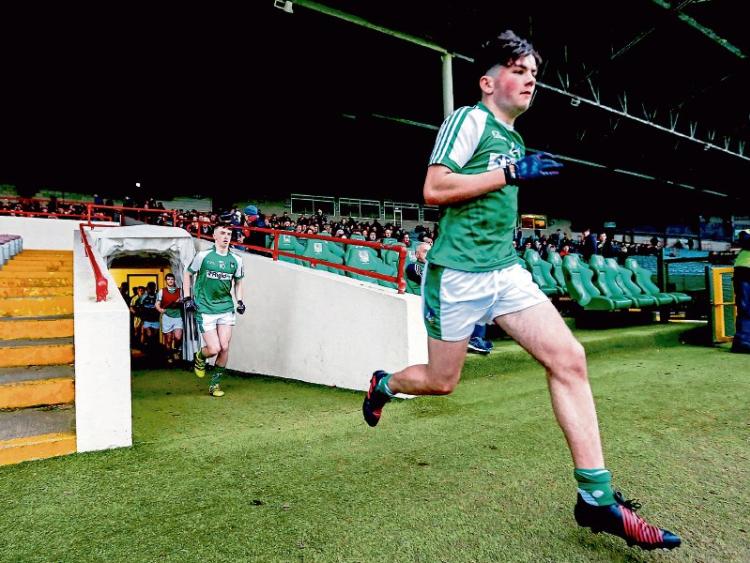 After an impressive first half, Limerick were totally over run in the second half.

Despite conceding a fourth minute goal, Limerick blitzed the opening half to lead 0-10 to 1-5 at half time in front of 1007 spectators.

It was a 30-minutes that saw Limerick kick nine scores from play with six different scorers.

Clare were first out of the blocks to lead 0-2 to no score before Padraig Power opened the Limerick account.

Then came the Clare goal from Paudie Kelly after an exchange with Gearoid Cahill.

But the Limerick response was impressive as Clare failed to score for the next 10-minutes with fine Limerick scores from captain Karl Moloney, Rory O’Brien, Barry Coleman and Adam Costelloe.

Clare hit back with a free but it was only a temporary reprieve as O’Brien (free) and Sean Ryan continued the Limerick run.

Although Clare had another two points, Limerick finished strongly with O’Brien adding another two from play to leave the home side two points clear at the break, albeit they had a gentle breeze in the first half.

After all that positivity, Limerick were to score just two points in the second half – an O’Brien free and one from play, which came in injury time.

An early blast of 1-4 at the start of the second half turned the tide for Clare. The second half goal for Clare came from Gavin Cooney and Ross O’Doherty. Limerick finished with 0-6 for Rory O’Brien.