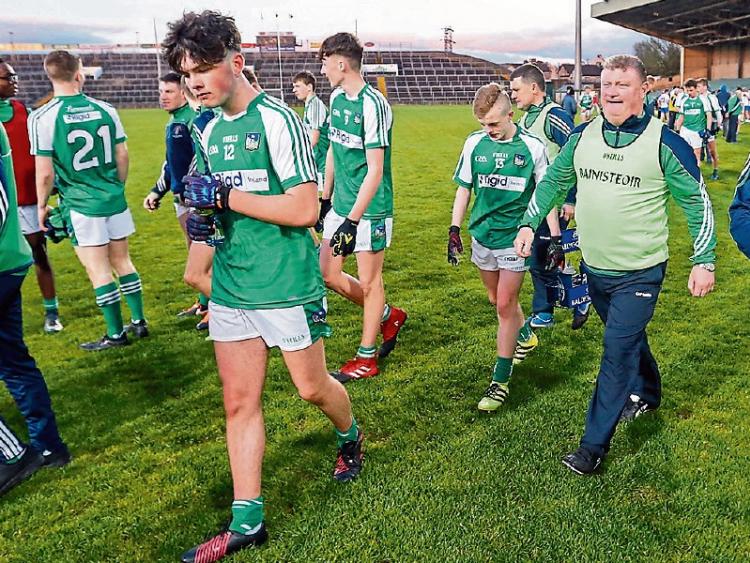 LIMERICK'S minor footballers are bidding to reach a first Munster MFC final since 1998 when they face Clare tonight in the provincial semi-final.

The Gaelic Grounds clash, which throws in at 7pm, sees John Ryan’s young side look to be just the fifth Limerick team ever to reach a Munster final at this grade.

Ryan has made one change to the side who beat Waterford for this Wednesday night’s Munster MFC semi-final with Clare.

Banogue’s Adam Costelloe comes into the side at corner forward in place of David Burke.

Mungret's Colm Moran, the vice-captain of the side, retains his starting position after recovering from an injury received in the win over Waterford.

St Patricks' Calvin Moran, who got the crucial goal in that first round win, is on the bench again as Limerick look to reach their first decider since 1998, and only their fifth ever MFC final.

“We are 60-minutes away from a Munster final and reaching an All-Ireland quarter-final. Winning the first round was our initial target and we have this prize on offer,” Ryan said.

”There is not a lot between Limerick, Clare, Tipperary and Waterford so we know that what we need now is one big hour of football.”