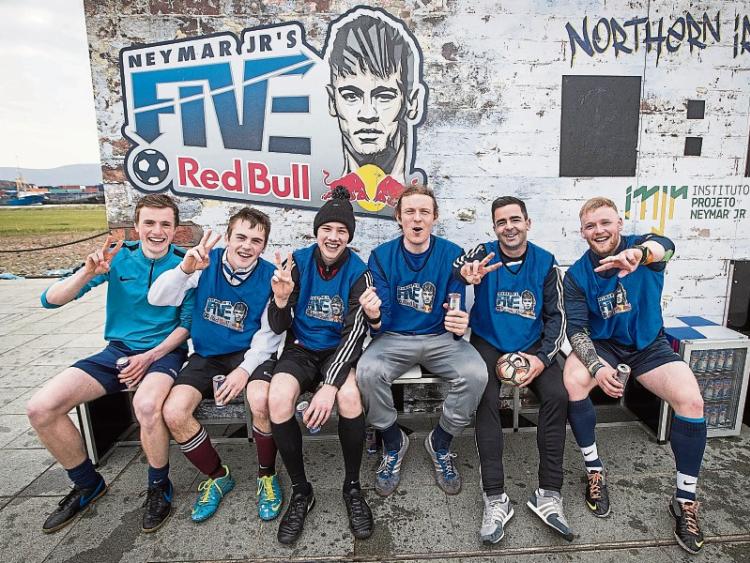 A seven-man Limerick team is off to Brazil this June for a Neymar Jr Red Bull global five-a-side soccer tournament.

‘Whoyaplayin’ took home the national trophy after besting 185 teams and over 1,300 players throughout the preliminary stages of the tournament before securing their place in the Irish final in Belfast.

The Limerick team was captained by Niall Smith from Askeaton. The Sports and Exercise science student in UL plays junior soccer with Aisling Annacotty.

Joining him is his Annacotty team-mate Gavin Dillon from Abbeyfeale.

Also in the team is Kildimo’s Paudie Walsh and David Lynch, who plays with Summerville Rovers.

They are joined by UL student Lorcan Feeney from Sligo and Galway duo Sean Keogh and Eoin Roache.

They will now represent Ireland and join over 65 teams from 53 different countries in the Neymar Jr’s Five World Final in Praia Grande, the home of Neymar, this June.

The tournament made an instant impact in its debut year in 2016, with more than 10,000 teams and 65,000 players in 47 countries vying for overall victory in the world’s biggest five-a- side football tournament.

This time it is bigger than ever, with regional qualifiers in 53 countries and over 77,000 players participating globally.