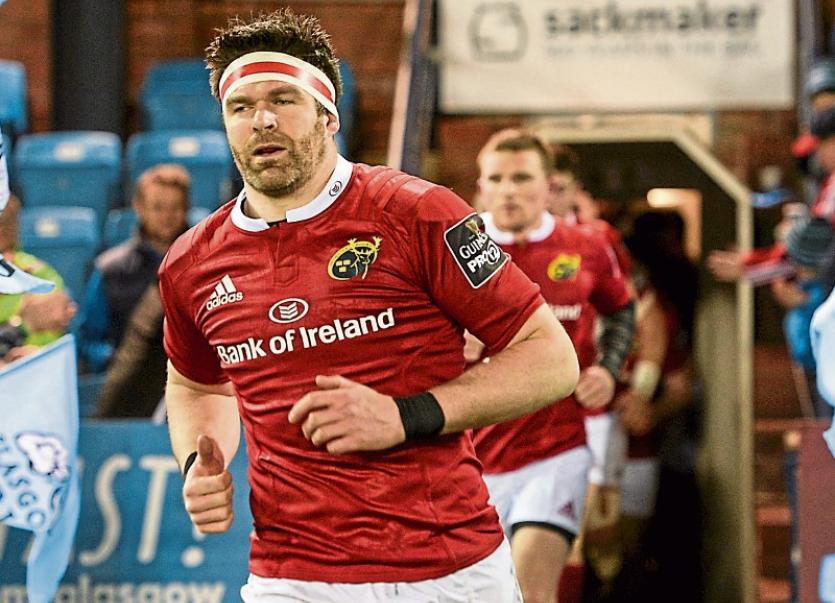 Top seeds Munster will host the fourth-placed Ospreys in the second of this season's Guinness Pro12 semi-finals on Saturday, May 20, 6.30pm.

Munster are long odds-on favourites at 1/6 with the bookies to defeat the Welsh region and book a final spot at the Aviva Stadium at the end of the month.

And history is on Munster's side ahead of their semi-final clash as no away side has ever managed to win a Pro12 semi-final.

Munster will also be boosted for that game by the return from injury of their talismanic scrum-half Conor Murray. The Ireland scrum-half came off the bench in Munster's facile seven-try rout of Connacht at Thomond Park on Saturday last.

Munster might be the bookies favourites to reach a Pro12 decider against either Leinster or Scarlets, but Holland is taking nothing for granted. Second-row Holland said the Ospreys would provide a serious threat in their upcoming semi-final.

Holland said: "They (Ospreys) now have their Welsh half-backs back in place with Rhys Webb and Dan Biggar. They are a serious threat.

“We played them in Paulie's (Paul O'Connell's) last game in Thomond Park a couple of years ago and I think we were something like 14 points up with 15 minutes to go and they had a disallowed try at the end of the game which would have won it for them if it stood, so they are a really dangerous team and they will feel like they have nothing to lose coming over here.

"They will take confidence because they have beaten us over here previously. look, whoever you play in a semi-final, like the way we played Saracens in Europe, semi-finals are a kinda different type of game. You play the best teams and you have to be on form on the day.

"Hopefully we will take a few things out of that Saracens game where we didn't perform in certain areas of our game on the day and hopefully we will have learned from that a little bit.

“Ultimately for us today against Connacht it was about guys putting their hand up for semi-final," said Holland.