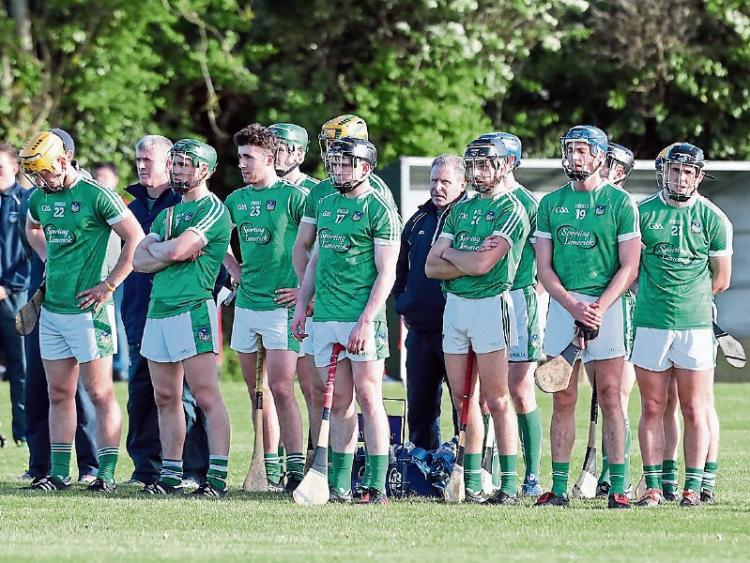 LIMERICK hurling manager John Kiely is hoping that some of his star players can prove their fitness over the next two weeks of action in the Credit Union Limerick SHC.

There are two rounds of club hurling championship action before Limerick begin the final preparations for the June 4 Munster SHC semi final with Clare in Thurles and Kiely is keeping his fingers crossed that all 31 players on his panel will return to the inter-county set-up injury free by May 14 for the final three week countdown.

Limerick’s next pre-championship challenge game takes place on Sunday May 14 against Waterford in Dungarvan at 7.00.

This game, organised by Club Deise and with some proceeds going to Pieta House, was originally planned for March but had to be postponed due to a bereavement in Waterford. Limerick will be travelling to Fraher Field to play Waterford at the end of the second weekend of local club hurling championship with many players lining out with their clubs just 24-hours earlier.

Byrnes, Hannon and Casey missed Sunday’s challenge game against Cork, while Nash was substituted after sustaining an injury.

Slight knocks meant Gearoid Hegarty, William O’Donoghue, Graeme Mulcahy, David Dempsey and Aaron Gillane all also missed Sunday’s challenge game win over Cork but it is hoped that will line-out for their clubs in the coming weeks.

Limerick used 21 players in the 2-25 to 4-17 win over Cork with Barry Nash, Tom Condon and Sean Finn all picking up knocks in the course of the game in Old Christians GAA grounds, which was watched by members of the Clare senior hurling management.

There was some good news with Paul Browne returning to inter-county action last Sunday.

He played only the opening game of the Allianz Hurling League in Wexford due to the recurrence of a knee injury but has played with his club Bruff in recent weeks and was introduced for the final 28-minutes in the two point win over Cork.

Twenty two members of the Limerick hurling panel will play in the Credit Union sponsored county SHC over the next two weekends, with a further five panel members in the LIT sponsored Premier IHC and two more in the Nick Grene Sportsground Management sponsored county IHC. Gearoid Hegarty and Stephen Cahill play in the junior championship. While there is a total of 17 different clubs involved, Na Piarsaigh lead the way with seven players representing their club in the county panel.