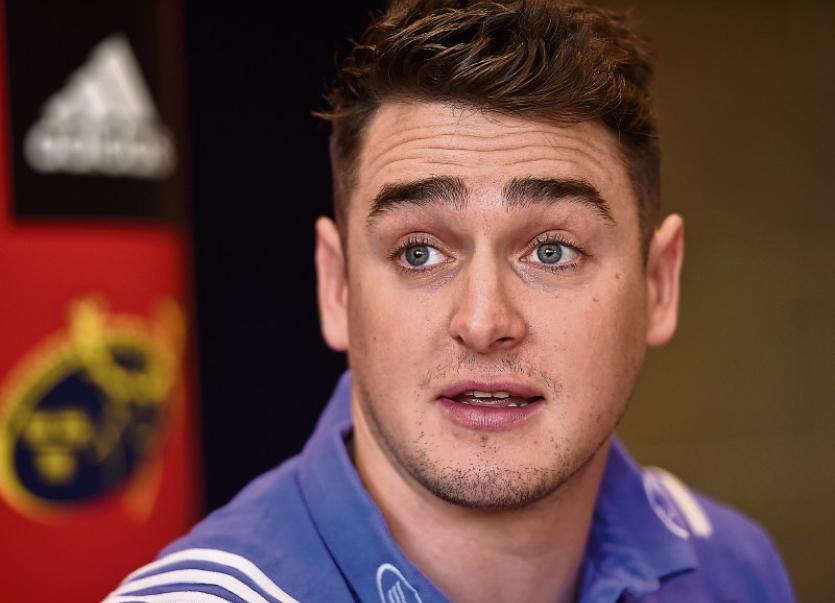 MUNSTER have confirmed that their in-form winger Ronan O’Mahony suffered a fractured leg in Saturday’s Guinness Pro12 win over Treviso in Italy.

Twenty seven-year-old O’Mahony, Munster’s leading tryscorer this season, has been ruled out for the remainder of the season as a result of the unfortunate injury.

Munster back-row Dave O’Callaghan is also facing a period on the sidelines due to a knee injury sustained during the win over Treviso which saw the visitors secure a bonus point win and home advantage in the Pro12 play-offs.

O’Callaghan is awaiting scan results for the knee injury.

Second-row Billy Holland, who was a late withdrawal from Saturday’s game due to illness, did not take part in Munster’s training session at UL this Monday. Prop John Ryan also sat out the session due to illness.

Following further medical review, it has been confirmed that back-rower Robin Copeland dislocated his shoulder when playing for Munster A in the British & Irish Cup Final and will undergo surgery this week.

Jean Deysel, who sustained a rib injury during the Champions Cup semi-final, continues to be monitored and it is hoped the South African will take part in training as the week continues.

Rory Scannell who sustained a concussion during the same encounter continues to follow return to play protocols.

On a positive front, Conor Murray is progressing with his shoulder rehabilitation as he continues to be assessed by the medical team.

Munster host Connacht in their final Guinness Pro12 fixture of the regular season at Thomond Park this Saturday, 5.15pm. The game is live on TG4.