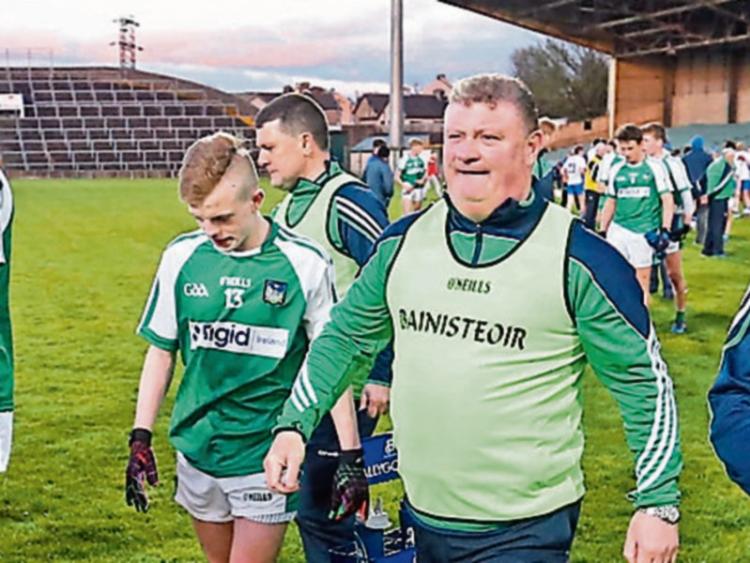 SIX members of the Limerick minor football team will backbone the county U-17 side in next week’s Munster semi final.

Limerick have confirmed a 24-man panel to travel to Pairc Ui Rinn on Tuesday May 2 at 7.00 to play a Cork side that beat Waterford in the previous round, 6-24 to 0-1 in Dungarvan.

The Limerick U-17 team are under the same management as the county minors – manager John Ryan with selectors Brian Nolan, Cathal Minihane and David O’Connor.

The six starters involved in both the U-17s and minor team are Cian Walsh, Mark Quinlan, James Cummins, Liam Kennedy, Barry Coleman and Rory O’Brien. Also involved in both panels is Alan Kiely.

“We collectively train both panels once during the week and then on Saturday morning the U-17 side have their own training out in LIT,” explained John Ryan.

“This U-17 side have come through the Underage Academy since they were U-15 and last year John O’Grady (Oola) was U-16 manager and did a lot of work with them,” he outlined.

“We have played Clare in U-17 games and also quick a lot of inter-panel games with the minors. We have to go down to Cork so we know what to expect,” said Ryan.