Flanker says Champions Cup clash is 'going to be interesting' 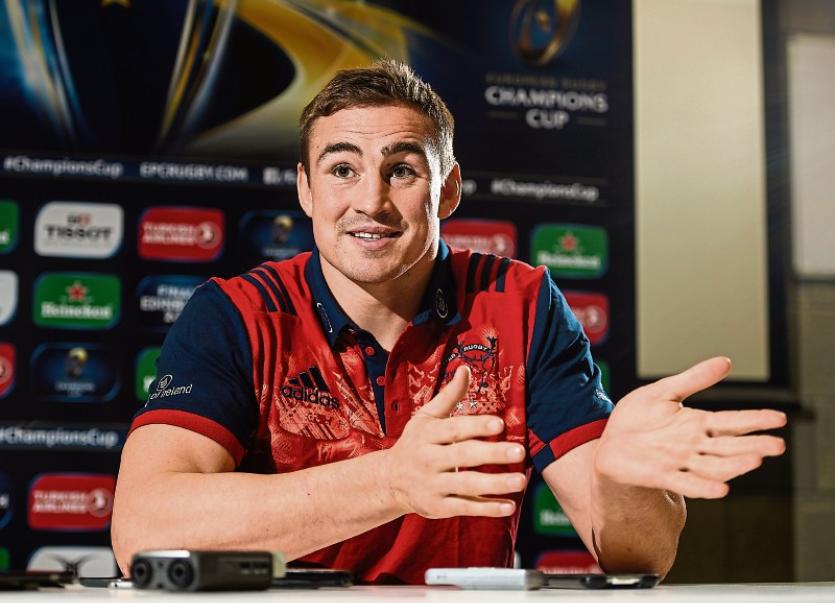 England international Billy Vunipola and highly regarded flankers South African Michael Rhodes and Jackson Wray are likely to make up the Sarries back-row this weekend, although former Springbok Schalk Burger has also featured on the flank for the Allianz Park side through the pool stages of the Champions Cup.

Tommy O'Donnell said: "They are a classy side. They are double champions from last year, they are defending champions of the European cup. They bring a lot of physicality across all positions. They are a very very fit team.

“They have it all (in the back-row), if you go off their back-row from the quarter-final.

“They have a line-out operator as a six. They have a ground-hog, ball-carrying seven and an incredibly talent ball carrying No 8. They are a quality side, they are a very balanced back row.

“Two very good second rows and very very mobile props, and hookers. They are a mobile pack while also being a very very physical pack.”

Munster are glad to have powerful number eight CJ Stander back from an ankle injury in time to line-out in Saturday's semi-final.

O'Donnell said: “What can you say about CJ? He's an incredible player. His work and just his willingness to constantly get back o the ball is what he brings to Munster.

“He could make three or four carries in a row and it just seems like he's constantly on the ball.

“I'd hate to be playing against him because it just seems like you have to tackle him the whole time, he just keeps getting up again.

“I think that's what teams look at when he's playing.”

Champions Saracens are unbeaten in their last 16 Champions Cup fixtures, recording 15 wins and a draw during that period.

However, on the back of an excellent season, Munster traavel to Dublin, where they will be cheered on by tens of thousands of their adoring fans, with plenty of hope.

Asked what had brought about the change in Munster's fortunes this season, O'Donnell said: “It’s how we are approaching game, and how we are dealing with games as a team. We are well prepared and we know that we know our game-plan down to a tee. We can trust our players as well.

“(Scrum-half Griesel) Abrie, who came on at 50 minutes, he fitted in and played very well and coming back from a hamstring injury. That shows the quality and the confidence in the players.

“Training this year is very very intense. The two teams that are going up against each other, know that if you perform in training you are putting your hand up for selection and you are being awarded with that selection this year.

“And players feel that they have opportunity to play.”

Munster suffered a heavy defeat to Sarries in their last European Cup meeting at Allianz Park in January 2015. However, O'Donnell believes the Irish province is better placed now to tackle the Aviva Premiership champions.

He said: “There's lessons to be learned from that game against Saracens over there in 2015, yes.

“Against Saracens you have to be very clinical, you can't let them play in your half. When they spend time in your half it means they score and we just have to be clinical.

“When we put the ball up in the air it's 50/50 or in favour to us. Other than that it's just work rate and physicality.

“We're definitely playing better than we were in 2015 when we came up against them the last time.