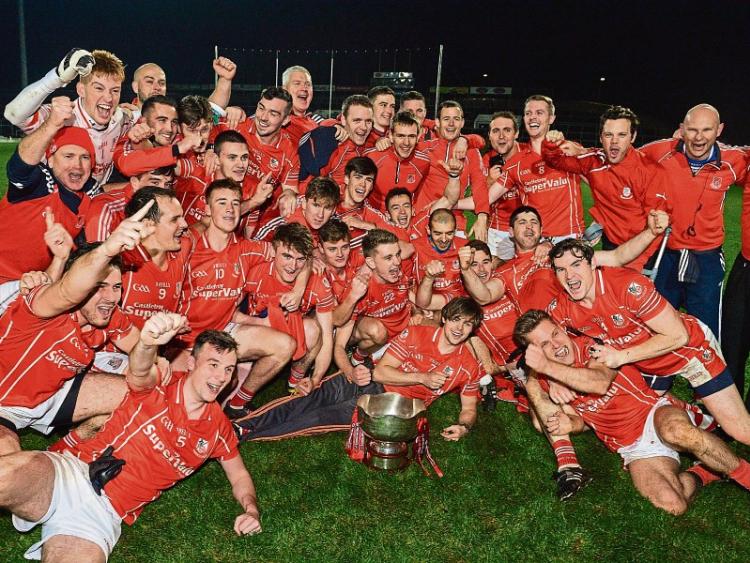 THE 121st Limerick SFC kicks off this Thursday evening with 12 clubs battling for the Fr Casey Cup.

A 35 game schedule is set out to conclude on October 15.

Monaleen enter the championship as holders and are the competition favourites

The Castletroy outfit are 11/4 favourites to retain the title, with two of the five group games to be played over the the next two weekends.

Once again managed by Muiris Gavin, Monaleen begin their campaign against Rathkeale in Clarina on Saturday. The men in red will be powered by Ger Collins, Brian Donovan, Donal O’Sullivan and Padraig Quinn, all who played with Limerick during the Allianz Football League campaign. Opponents Rathkeale are now being guided by Moss McCarthy.

There are two games on each on Thursday, Friday and Saturday – all at 7.00.

Inter-county hurler Gearoid Hegarty, Pa and Jason Mullins, Mark adn Gearoid Phelan and John Mullane are all key for the ‘Saints’, who are now coached by former Clare goalkeeper James Hanrahan, who was with Na Piarsaigh last season.

Last year’s finalists Dromcollogher-Broadford play Na Piarsiagh in Askeaton on Thursday. This is a repeat of last year’s semi final, which the west Limericks side 1-9 to 0-9. Neil Conway was then joint-manager of his native Drom-Broadford, but is now coach to the Caherdavin club.

Newcomers Adare play Fr Caseys in Newcastle West on Thursday. 2016 Intermediate champions Adare are still under the guidance of Harry Gleeson and Joe Redington, while their Abbeyfeale opponents now have Ger O’Connor as manager.

On Friday, Ballysteen meet Oola in Mungret. The estuary side are unbeaten in the ACFL and have reached the West SFC Final.  Paddy Ivess, Donal Moran and John Neville are guiding the fortunes of Ballysteen while Alan O’Mahony remains as Oola manager.