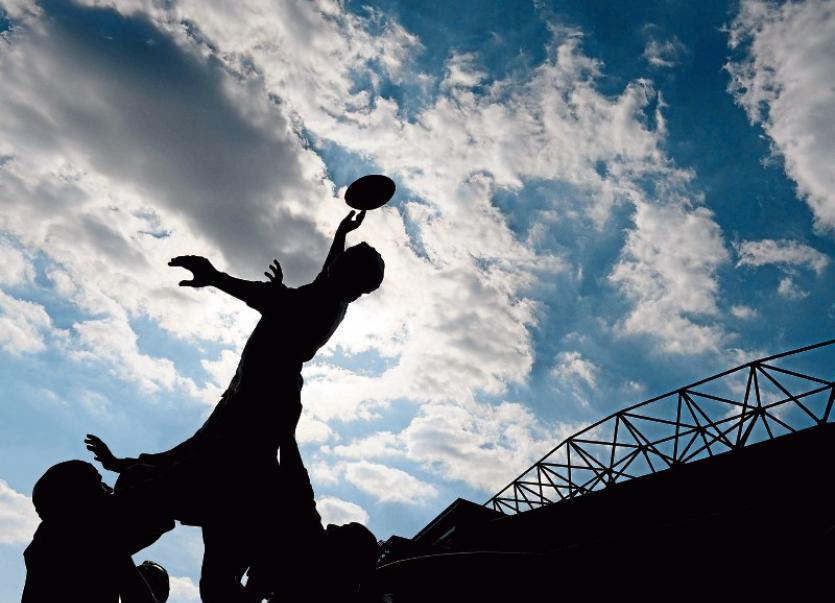 YOUNG Munster boosted their hopes of securing home advantage in the Division 1 semi-finals, while Garryowen gained a vital win in their top flight relegation battle on a day of high drama in the Ulster Bank League.

The penultimate round of regular season fixtures produced five Limerick wins. In the top flight, Young Munster edged past arch rivals Cork Con 3-0 at Clifford Park to become one of three teams at the top of the table on 53 points. Munsters’ are third in the table by virtue of their inferior points difference going into next Saturday’s final series of regular season fixtures.

Young Munsters’ final game is an away fixture with already relegated Old Belvedere at Anglesea Road.

Also in 1A, Garryowen secured a vital 26-19 bonus point win over Old Belvedere at Dooradoyle in a dramatic see-saw battle. The defeat relegated the Dublin side.

Garryowen led the game 14-0 in the first half, before falling 14-19 behind late on. However, two late tries from Liam Coombes and Alex Wootton helped Conan Doyle’s side record a vital win.

Garryowen, who led 14-11 at half-time, had tries from Steve McMahon and Neil Cronin in the opening half. Garryowen’s final regular season is away to table toppers Lansdowne on Saturday next on the back pitch at the Aviva Stadium.

With Old Belvedere relegated, Garryowen will hope to remain out of the relegation play-off position next weekend.

Garryowen are one of three teams locked on 35 points going into Saturday’s game, with the ‘light blues’ ahead of Dublin University on points difference.

In Division 1B, UL-Bohs remain second in the table, occupying the home semi-final place in the promotion play-offs on the back of a 13-8 away win over Ballynahinch.

UL-Bohs led 7-5 at half-time, thanks to a Harry Fleming try which was converted by James Lennon.

UL-Bohs enjoy a two-point lead over third-placed Naas ahead of Saturday’s final fixture at home to basement side Dolphin.

Meanwhile, also in 1B, Shannon are seventh in the table, after picking up a losing bonus point in a 13-19 defeat at home to champions Buccaneers at Thomond Park.

Shannon trailed 3-14 at half-time with Ronan McKenna kicking a penalty goal for Tom Hayes’ side.

McKenna converted a penalty try in the 56th minute to bring Shannon within four points at 10-14.

However, a Buccs try son after pushed the visitors clear at 19-10, before McKenna rescued a losing bonus point with another penalty.

In Division 2B, Old Crescent secured their play in the promotion play-off after defeating Barnhall 51-33 in a 13-try thriller at Rosbrien.

Crescent, guaranteed to claim top four finish, scored eight tries through Val McDermott, who grabbed a hat-trick, Gareth Quinn-McDonogh who scored a brace, Paul McDonagh, Seaghan Gleeson and one off a maul.

Also in 2B, already relegated Thomond suffered a heavy 48-12 defeat away to Bective Rangers.

Bruff had tries from Eric Finn, Liam Barrett, John Clery and finally off a well-executed maul to score a deserved home win.