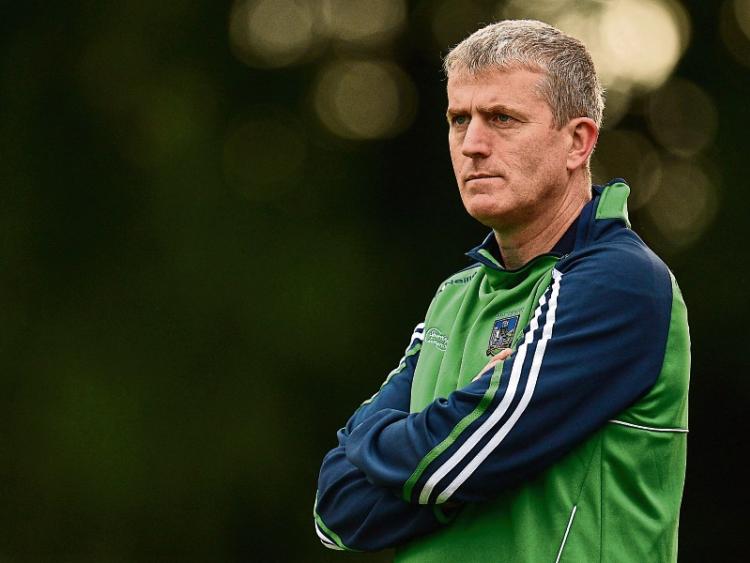 “We have being utilising a lot of players over the course of the league, so we haven’t had a consistent team from game to game but every team is rotating to a certain extent, maybe not as much as we have done, but there is no excuse - we should have won that match and we didn’t,” said Kiely of Sunday’s loss to Galway.

“The performance was abysmal in the second half and has to be fixed, simple as that,” he said of a performance  that produced just five second half points when backed by the breeze, with Limerick leading 1-13 to 0-15 at half time.

“It was jekyll and hyde” surmised the Limerick hurling manager after the three point loss in the Gaelic Grounds.

“It was a super first half performance against the breeze with 1-13 on the board and we did an awful lot of positives and then in the second half we were playing with the breeze and while you don’t expect the wind to do the work for you, we squandered a lot of good chances with poor wides and we lost our way a bit during the game and we stopped doing what we were doing really well in the first half - playing the ball through the hand and stopped running at their defence and breaking lines,” outlined Kiely.

”It’s hard to comprehend that you can score 1-13 against the breeze and turn around to score five points with it,” he gasped.

”It was a very very disappointing second half and there is no two ways about it and yet the first half was such a positive performance – we are very disappointed.”

”We got a really good start in the game and were setting the tempo early on and got a good few scores on the board and we were 0-7 to 0-3 up at one stage and Galway had to respond because they were playing with the breeze. Joe Canning came into it and got a few points and a few frees and they came back to take the lead but we came back before half time,” said Kiely.

”It was tit-for-tat really in the first half but we were really happy with the way we were playing and we thought we put ourselves in a very good position at half time and definitely a match-winning position. I didn’t see that second half performance coming,” he said.

”We weren’t precise in what we were doing - we were putting the ball through the hand in the first half and we stopped doing that and we weren’t working the balls through the lines and we were taking the ball into contact and they came back in numbers to defend and we coughed up a lot of turnovers because we took a lot of ball into contact. They kept ticking away at the scoreboard - they didn’t score a massive amount but they kept it ticking over, which we failed to do.”

He added: “We shouldn't’t have let that game go today - that was a match we should have won, there is no doubt in my mind about that. We were definitely good enough to win that game today”.

”We have to learn how to close out matches. Not from being in that position often enough against the better teams - if you look at the last three matches we didn’t have to knuckle down for the last 10-15 minutes.”