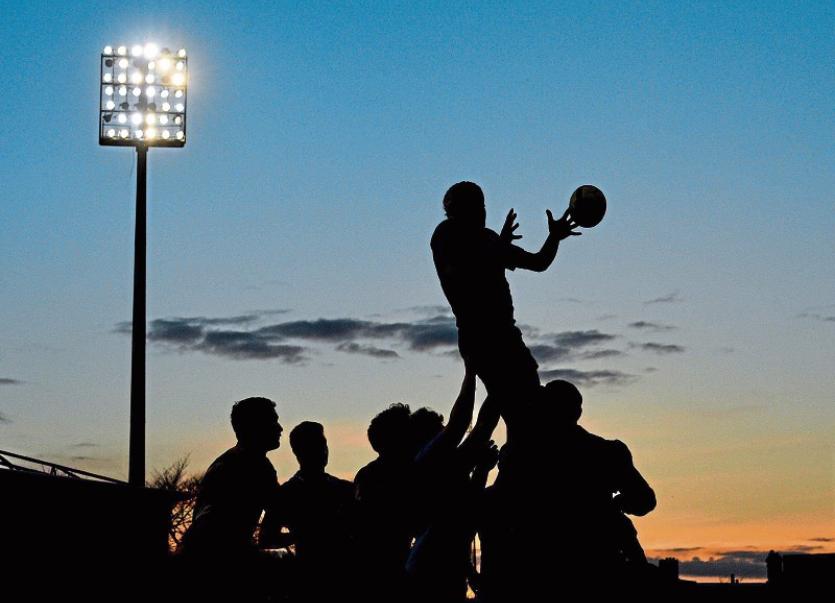 THE Ulster Bank League cranks up a gear this Saturday for the seven Limerick senior clubs with now just three series of regular season fixtures to come.

In Division 1A, fourth-placed Young Munster will look to maintain their top four play-off push when visiting second-placed Clontarf at Castle Avenue on Saturday, 2.30pm.

Munsters' slipped to fourth place in the table last time out after suffering a surprise home defeat to Dublin University at Tom Clifford Park.

While Munsters' look well-placed to make the semi-finals as Gearoid Prendergast's side enjoy a nine-point lead over fifth-placed UCD, the Greenfields outset would dearly love to secure home advantage for any play-off. Munsters' trail 'Tarf who currently occupy the second of the home play-off berths by two points.

Also in Division 1A on Saturday, Garryowen, hovering just above the relegation zone, face a critical fixture away to play-off chasing Cork Constitution.

Garryowen shipped a 39-10 thumping at the hands of Clontarf last time out when, having been very competitive for an hour, the light blues leaked a significant number of points in the final 20 minutes.

Cork Con, chasing a home semi-final in the play-offs, are sure to provide stiff opposition this weekend.

Meanwhile, in Division 1B, promotion chasing UL-Bohemian face a trip to Donnybrook to take on Old Wesley. UL-Bohs sit in second place in the 1B table with just three series of games to go.

The Annacotty side trail table toppers Buccaneers, who occupy the automatic promotion place by 13 points. However, UL-Bohs' are well placed to secure home advantage for the promotion play-offs.

Also in 1B, eighth-placed Shannon will be anxious to boost their survival hopes when hosting Ballynahinch at Thomond Park.

Shannon currently enjoy a four-point lead over Galwegians who occupy the relegation play-off position in 1B. Shannon suffered a 21-14 loss away to Naas in their most recent fixture. Saturday's opponents Ballynahinch sit seventh in the table.

There is also a full programme of games in Division 2. In Division 2B, promotion chasing Old Crescent face a trip to Dublin to take on Wanderers. Fourth-placed Old Crescent are well-placed to secure a promotion play-off position with just three games remaining.

Also in Division 2B, basement side Thomond, long odds-on to be relegated to 2C at the end of the season host City of Derry at Fitzgerald Park.

In Division 2C, fifth-placed Bruff will be looking for an eighth win when hosting Seapoint at Kilballyowen Park. Bruff will be aiming to bounce back from their disappointing 32-5 defeat away to Sligo last time out.