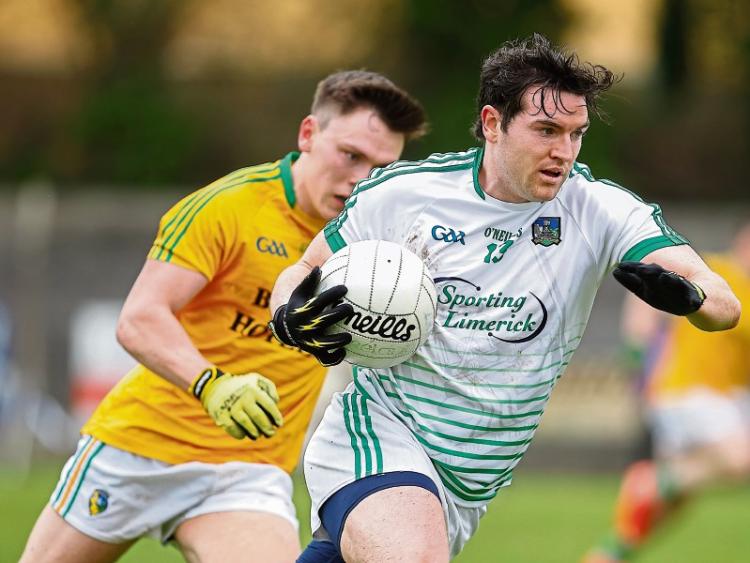 THE Limerick footballers are on their travels again this Saturday evening with a floodlit fixture against Waterford.

Fraher Field in Dungarvan hosts the penultimate round tie in Division Four of the Allianz Football League on Saturday (7.00) with a third place finish still a possibility for Limerick if they can stretch their winning run.

Manager Billy Lee continues to stress that the league is a learning curve for his panel.

“We want to move the ball forward fast and I suppose it’s a transition from what they were doing previously, and that’s not a criticism, but it takes people time to learn. It can be frustrating for them and for us but to be fair to the lads they are working hard. It’s a transition to learn how to come out with the ball, to commit fellas at pace and it’s a work in progress,” outlined Lee.

“The natural leaders of this team are all gone - Seanie (Buckley) and Ian (Ryan) and hopefully will come back if injuries are good to them and we just have to wait and see over the next couple of weeks but Pa Ranahan is gone, Paudie Browne is gone.”

He explained: “I think Paul Galvin was about 24 when he broke onto the Kerry team and he was on the panel for a long time and then over the next two years he became a fantastic leader for them. We have lads of 24, 23, 22, 21 and 20 trying to be leaders and that is a big ask, especially when there is no one there to help them through apart from Johnny (McCarthy) and Garrett (Noonan). But it’s probably out around the middle of the field that we need them”.

“It’s only over time it will develop and please god that that will all stay at it and come good and others will join and when they hit their mid-20s we will have a solid base of experience.”

The manager praised their “willingness to learn”.

“Let’s hope we can get another victory,” said Lee of Saturday’s tie with Waterford.

Limerick will have Paul White back in contention after suspension, while others like Seamus O’Carroll and Brian Donovan will be pushing for starting roles again.

The last meeting of Limerick and Waterford in the league, was back in 2013 with the men in green edging a 0-8 to 0-6 win - that was a Division Four campaign that saw Limerick crowned champions.