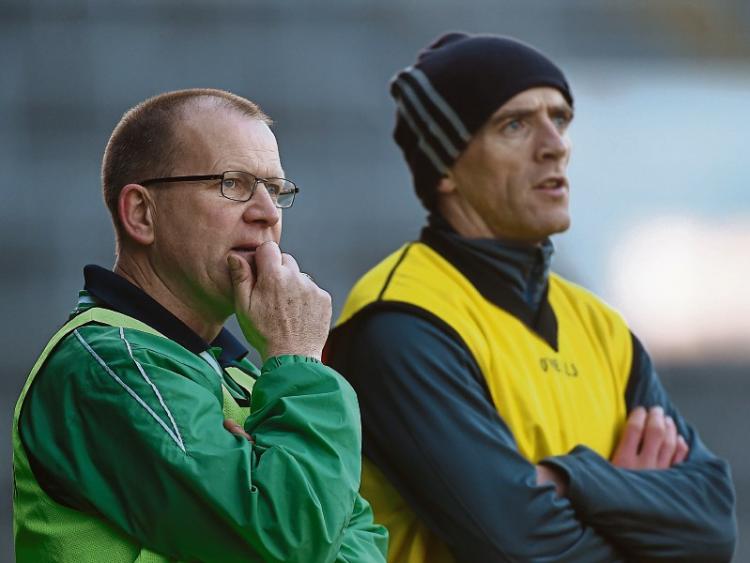 THE Limerick footballers made it back-to-back wins in the Allianz Football League with a 2-11 to 0-15 win over Leitrim.

This round five Division Four game was played in Newcastle West and a goal in either half helped Billy Lee’s side to the two point win.

It’s the first successive league wins for the Limerick footballers since April 2015.

Limerick played with the breeze in the opening 35-minutes and were 1-7 to 0-5 ahead at the break.

Two fine points from Danny Neville helped Limerick to a 0-4 to 0-2 lead at the end of the first 15-minutes.

When Iain Corbett also notched two points from play, Limerick were 0-7 to 0-3 clear with 23-minutes on the stopwatch.

Leitrim’s first score from play came on 24-minutes from wing back Wayne McKeon to leave just three points between the teams.

Then 10-minutes from half time, Limerick goaled.

Cian Sheehan was tripped for a penalty and captain Iain Corbett stepped forward – his shot was saved but the midfielder crashed the rebound to the net.

Leitrim rallied at the start of the second half and kicked four of the opening five scores.

But the Limerick score was crucial – a Darragh Treacy goal 13-minutes into the half after fine work by James Naughton.

Still Leitrim pushed forward and again found four of the next five scores and with 10-minutes to play it was 2-9 to 0-14.

Limerick had to play the final minutes without Cian Sheehan, who was sent off for receiving a yellow card and a black card.

But the Connacht side couldn’t draw level with two frees from Sean McSweeney easing Limerick nerves in the final five minutes.

Brendan Gallagher had the final score and the goal that Leitrim needed never materialised as Limerick held on.