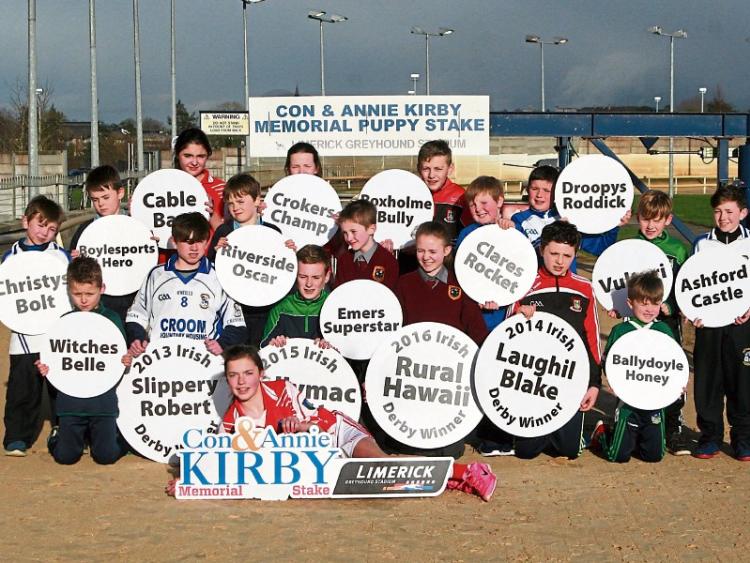 THE Con and Annie Kirby Memorial flew from the traps in Limerick last weekend.

72 lined up for the puppy stake and 48 made their way through to this Saturday second round heats.

There were 12 round one heats and leading them all home was the Fraser Black trained Vancouver Shea, who had a time of 28.35.

This Saturday there are eight round two heats.

The event, now in it’s fifth year, is sponsored by JP and Noreen McManus, and also offers local GAA Clubs the opportunity to share in a €20,000 nominators prize fund.

The 48 remaining greyhounds are vying for the coveted first prize of €80,000.

Each Greyhound running in the stake is also linked to a Limerick GAA club.  As the Greyhounds progress through the rounds, so too do the nominated GAA Clubs, until just six remain in the final on Saturday April 8.

The winning nominator club on that night will receive €10,000 and the opportunity to hold a fundraising night for their club at Limerick Greyhound Stadium. The second and third placed clubs will win €5,000 and €2,000 respectively with the three unplaced nominators winning €1,000 each.