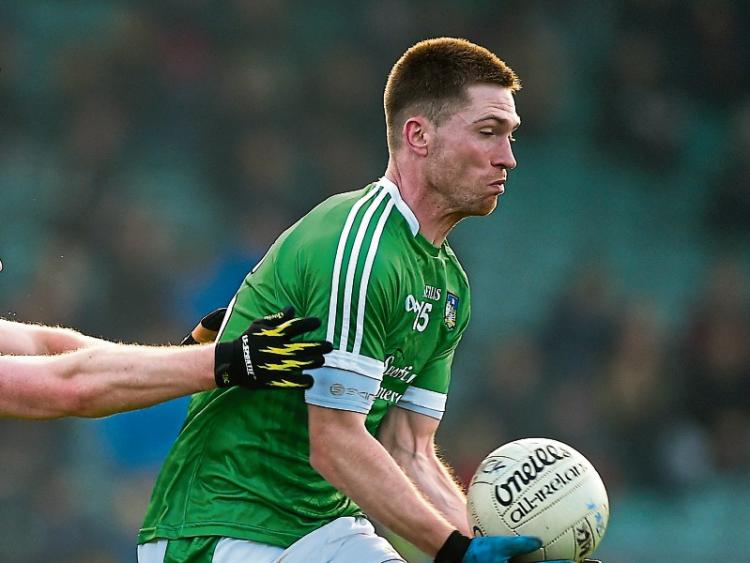 THE Limerick footballers bid to build on the win over London with the visit of Leitrim to Newcastle West this Sunday afternoon (2.00).

Two weeks ago in UL, Limerick ended a run of 10 games without a win in the Allianz Football League.

Now manager Billy Lee wants his new-look side to gain momentum in Division Four with two of the final three games at home.

Limerick will be planning without suspended wing back Paul White on Sunday.

“It is all about learning for our young team – we have a lot of raw talent,” said Lee.

”It was great to get a win for confidence and for their heads. We are finding that the style of play in the league, even from the McGrath Cup, is different with a lot of teams getting bodies behind the ball and we have to learn to cope with that,” said Lee.

“We did that well against London but we can’t be complacent.”

The bookies make Limerick the 8/15 favourites to beat Leitrim.

”They beat Carlow the last day out and Carlow beat us,” points out Lee ahead of the tie in his native club ground.

Sunday is the first meeting of the sides since February 2013 in the Gaelic Grounds – Brian Scanlon, Johnny McCarthy, Iain Corbett and Seamus O'Carroll were in that starting team as Limerick won 0-11 to 0-9 under Maurice Horan.

The Limerick senior footballers are facing into three successive weekends of action Saturday March 25 v Waterford in Dungarvan at 7.00 and Sunday April 2 v Wicklow in Newcastle West at 1.00.