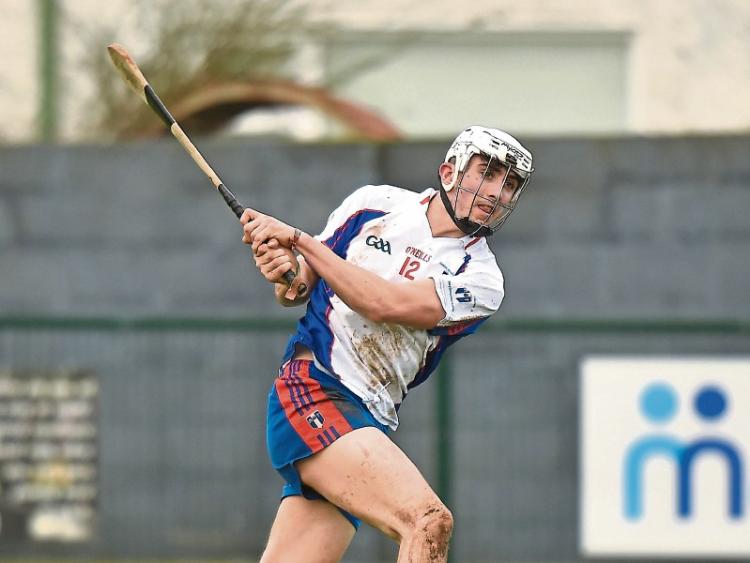 JOHN Kiely believes that he now has a Limerick senior hurling panel that is “seriously competitive”.

This week options were bolstered further with the return to the panel of Patrickswell’s Aaron Gillane.

“It’s been great for all the boys and has built confidence - great for the group as a whole and injected a whole lot of competition and the young lads have got game time,” said Kiely.

“It’s very competitive - it’s after getting seriously competitive in the last month. Fellas are itching to get back if they are injured because they know if they don’t get back soon they won’t get a place,” said the Tipperary based school principal.

”It’s going to be very competitive but very interesting,” said the manager of settling on a starting 15 ahead of the June 4 Munster SHC semi final with Clare in Thurles.

"They are all beginning to come right at the right time,” said the manager.

Kiely confirmed that Gavin O’Mahony is due back in training, after a broken bone in the hand.

O’Mahony, Seanie O’Brien, Kevin Downes and the newly added Gillane are the panel members not yet to get action in the league.

“Kevin will be another six to 10 weeks away,” confirmed Kiely.

A first half injury to Declan Hannon against Laois is to be monitored this week.

T”here is a little bit of a strain and I wouldn’t mind but he was having a fantastic game at six in the first 10-15 minutes, breaking tackles and driving forward with ball and back assisting his full back line, then delivering to his forwards. Hopefully we got him off before it was too serious,” he explained.

Limerick play Waterford this weekend in Dungarvan in a challenge game before the final round group game against Galway in the Gaelic Grounds on Sunday week.

”We are going to Waterford next week to play Waterford in Dungarvan for a fund-raiser and that will be an interesting challenge for us and then we have Galway the week after in the Gaelic Grounds. I am happy with the result (Laois) and that’s three out of three for this block of games (Kerry, Offlay, Laois) and we have two weeks to get ready for Galway,” he explained.

”Hopefully we can get a few more wins - we have three out of three and if you want to get momentum that’s the best way to get it and we want to garner a bit more of that over the next couple of weeks and have a right charge off this,” said the manager, referencing the league quarter finals on April 1-2, when the opposition will be provided by the side finished second or third in Division 1A.

”Hopefully people can see that things are beginning to come together and a lot of the hard work is out of the way. We won’t be holding back anymore now. The handbrake is being left off - it’s foot to the accelerator time.”

Among the travelling support in O’Moore Park there was much praise for the displays of Shane Dowling and Gearoid Hegarty.

“I am delighted for Shane - he was out for a number of weeks and only back a couple of weeks and has worked really hard - he is in decent nick and while he has a bit of work to do, he is getting there. You could see the freshness in him and hunger and his balling striking was immense and he brought a lot to the table tonight and I was delighted for him,” said Kiely.

”Once the Sigerson and Fitzgibbon were out of the way we gave Gearoid a week or 10-12 days off and that is now beginning to bear fruit because he is fresher and sharper and he has been back in training for the last 10-days and the hurling is beginning to come that little bit easier to him,” outlined the Limerick manager.