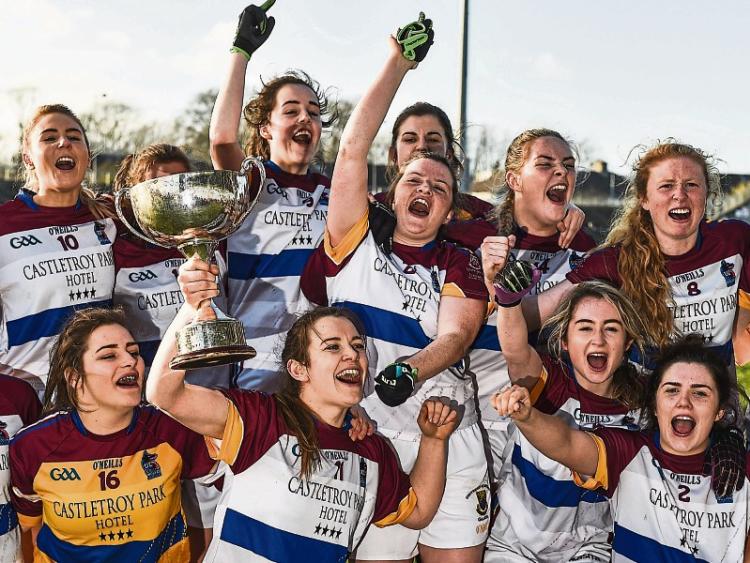 THE ladies footballers of UL were crowned O’Connor Cup champions for the third time in four years with 2-5 to 0-8 win over UCC in Elvery’s MacHale Park, Castlebar on Sunday.

In a tight final Doireann O’Sullivan was the sole scorer for UCC.

O’Sullivan had four points on the board by half-time, including three from play, but UL led by 1-2 to 0-4 at the end of a low-scoring first half.

Tipperary’s Roisin Howard had the first half UL goal.

UL were never pegged back in the second half and Scally’s penalty ultimately proved to be the decisive score.