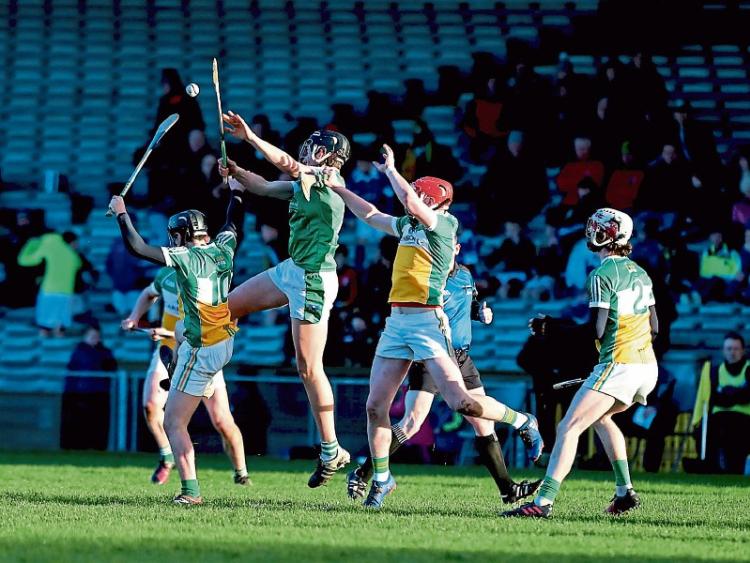 APATHY was in plentiful supply at the Gaelic Grounds last weekend as the Limerick senior hurlers struggled to get over Offaly.

Supporters had good reason to be down beat because there were many aspects of Limerick play that left more questions than answers. The hurling was scrappy at times but I left the venue not really knowing where Limerick are at.

It confirmed a few things, but most of all that the road ahead could be difficult. I have said before but it comes into focus with every match now that Limerick are really paying the price for no development over the past few years.

The management of that era will have to take a fair part of the blame for that, but so too the County Board because they sat on their hands while Limerick hurling suffered.

Limerick were put to the pin of their collar to overcome Offaly. Like so many times in the past they raised their game for Limerick and exposed many problems.

For the second week in a row the defence conceded three goals. I have said for a while now that Limerick are in real trouble in this area and they will need to come to terms with it pretty quickly.

The most striking aspect of the game was that Offaly out worked Limerick. They won many battles and looked to have the measure of them in many positions.

Offaly came to the Gaelic Grounds after a couple of heavy defeats and I think most people expected Limerick to have matters very much their own way.

One could be forgiven for thinking that the Limerick players also held this view. I spoke to a few supporters at half time and they were far from happy with the display by Limerick.

These are loyal supporters, they go to all the games and they know their hurling. They were expressing the views of many because Limerick were not good.

They didn’t like the way they played and they expected more at this stage.

For long periods, Limerick were out of the game. They started well and it looked like they would have the game closed out by half time. Seven minutes gone and they led 0-6 to no score.

From here on though Offaly took hold of the game. Shane Dooley, like many times in the past, was in superb form from frees. He landed four in a row and that settled them.

Ronan Lynch was on target with frees for Limerick, but overall the forward line had a tame look about them. Offaly took the game to Limerick and they didn’t really respond.

Limerick were out of the game around midfield while the defence always had the look of firemen running for a hose. A goal by Shane Dooley had the game level after twenty seven minutes and the remaining ten minutes Limerick managed only two points and one of them was from a free.

They were reduced to fourteen men when John Fitzgibbon was sent off for a foul on Conor Doughan. It looked worse than it was, but the referee had little choice.

After the start that Limerick had few would have expected Offaly to lead by two points at the break.

I am sure John Kiely had to deliver a few home truths at half time. Many players were not working and they never faced the challenge coming from Offaly.

Limerick had the opening three scores of the second half and it looked like they had turned the corner. Andrew La Touche Cosgrave scored the goal and Limerick now led by three.

Had James Dempsey not made a superb save from David Dempsey, Limerick’s advantage would have been greater. Ronan Lynch finished the evening with 0-11, but he will be the first to admit that he missed some very scorable frees in front of goal.

In fairness to Offaly they kept on working, they tested Limerick. Shane Dooley scored his second goal and a minute later Oisin Kelly scored and that saw them lead again.

The ease at which those goals were scored should be a cause of some debate between the management. Those goals saw Limerick respond with more urgency.

Seamus Hickey started to come into the game and overall Limerick lifted the tempo of the game. That said it still took them a while to finally break down Offaly.

For a good while it looked like Offaly had it in them to cause an upset. They certainly played their best game so far this season. Limerick struggled to contain them and worryingly they were unable to handle them when they ran at the Limerick defence.

John Kiely told me after the game that he was happy and that the team had done a very heavy week of training. That may be the case, but I think the time for chopping and changing is now over.

Many players are finding the step up beyond them and in fairness to the management they have given many of them a lot of chances.

I hear Aaron Gillane is now back on the panel. The question that needs to be answered was why was he dropped in the first place? He had a super year with UL and is still only learning his trade and needs to be in the arena to learn more.

Trying to get the defence right is possibly the biggest challenge facing the Limerick management. Richie McCarthy looks to be in trouble every time he is taken outside the 20m line but, in his defence, he is not getting the cover required.

Goals are leaking in every game. Finding a centre back is cause of some concern. A few players have been tried but no one is nailing it down. Diarmuid Brynes spent a while there against Offaly, but he is a wing back - full stop.

Such a key position needs to be filled and once more I put the name of Nicky Quaid forward.

One of the major points to come through from this game is that there is a lack of confidence around Limerick hurling at the moment.

Supporters would like to see the structure of the team take shape but as of yet that does not seem to be the case. The journey to success will not be easy for Limerick.

We have massive ground to make up and tying to find the right formula will present many questions before we get the answers we all would like to see.