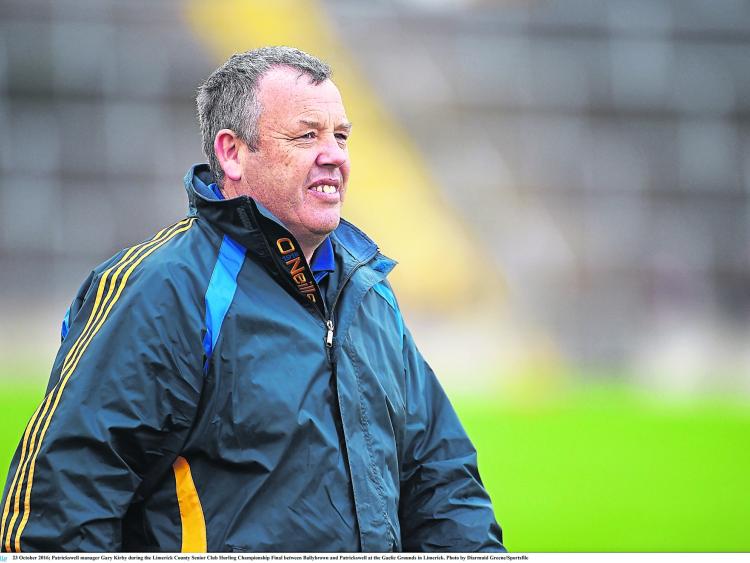 ALL Limerick senior hurling clubs have now finalised their management teams for 2017.

Just four clubs have opted for total change for the new championship, which commences on the first weekend of May. Ahane, Doon, South Liberties and Knockainey all start 2017 with new-look backroom teams.

Former Laois hurling manager Niall Rigney is to play a role with Doon. Rigney will work under former Tipperary hurler Austin Buckley (Cappawhite), who is team manager. Buckley replaces last season’s Declan Carr led management. Niall Rigney led James Stephens to the 2011 Kilkenny SHC after spending the previous three years at the helm of his native county. It is understood that Rigney won't be with Doon full-time but will take weekend coaching sessions.

With Maurice O’Brien now part of the Limerick U-21 management, Ahane have appointed Clare brothers Colm and Eoghan Hanley to lead their management. Colm Hanley is a former Clare camogie manager.

The fourth club to change is Knockainey - 2016 manager Natal O'Grady is to manage the Ballyhea senior hurlers in 2017. Tom Moloney is the new Knockainey manager-coach.

Limerick county champions Patrickswell have Gary Kirby back for a second year as manager. With Ross Corbett now working with the Sydney Swans Aussie Rules side, The Well have Paudie Carey as their new strength and conditioning coach. Patrickswell have also added Damien Gillane as a selector - he was involved with Effin last year.

Ballybrown were the surprise packet of 2016 and they continue with the set-up that guided them to a county final appearance. Adare, Bruff and newly promoted pair Cappamore and Monaleen are also unchanged.

Like Cunningham in Na Piarsaigh, Monaleen manager Jimmy Browne is to combine his Limerick SHC role with his position in Donal Moloney and Gerry O’Connor’s Clare senior hurling management.

For 2017, just over 50% of the clubs have looked outside of Limerick for coaching assistance - Na Piarsaigh, Ahane, Monaleen, South Liberties and Bruff all with Clare coaches and Doon turning to Laois, while Patrickswell coach Declan Fitzgerald is a native of Buttevant.

Adare and Knockainey are fully home-grown, while Kilmallock, Ballybrown and Cappamore have all sourced ‘outside coaches’ from within Limerick.