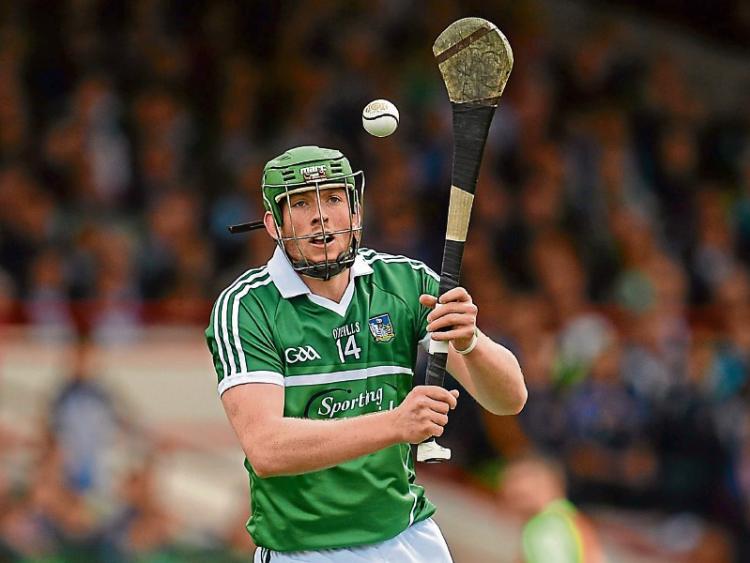 SHANE Dowling is back in full training with the Limerick senior hurlers.

Saturday’s round three tie in Division 1B tie against Offaly could come too soon for the 2014 All Star to make his first start of 2017 but Dowling has lined out for his club Na Piarsaigh in recent weeks.

Dowling hasn’t played any role in the seven competitive fixtures under new manager John Kiely and his return is a welcome boost with games against Laois (Saturday March 11 in Portlaoise at 7.00) and Galway (Sunday March 26 in the Gaelic Grounds at 3.00) in the coming weeks.

There is also a challenge match against Waterford in Dungarvan on the weekend of March 18-19 and a potential league quarter final on April 1-2.

It has been a gradual return to training for Dowling after a January illness curtailed training.

Also back in training are Tom Condon and Sean Finn. Condon was forced off injured in the second game of the year and hasn’t played since while Finn is now close to full fitness after his cruciate ligament operation this time last season.

While the trio are back in training, Gavin O’Mahony remains sidelined for at least another two weeks with a broken bone in his hand.

For Saturday’s Limerick’s Fitzgibbon Cup players could be rested.

Limerick welcome Kevin Ryan’s midlanders to the Gaelic Grounds on Saturday (5.00) and it is understood that the resting players from Mary Immaculate College and LIT is being explored by management.

LIT were beaten in the semi final by their Limerick rivals and the Moylish side had Diarmaid Byrnes and David Dempsey in their starting team, while Andrew La Touche Cosgrave was introduced as a substitute.

Some of the six could be rested for Saturday’s visit of Offaly.