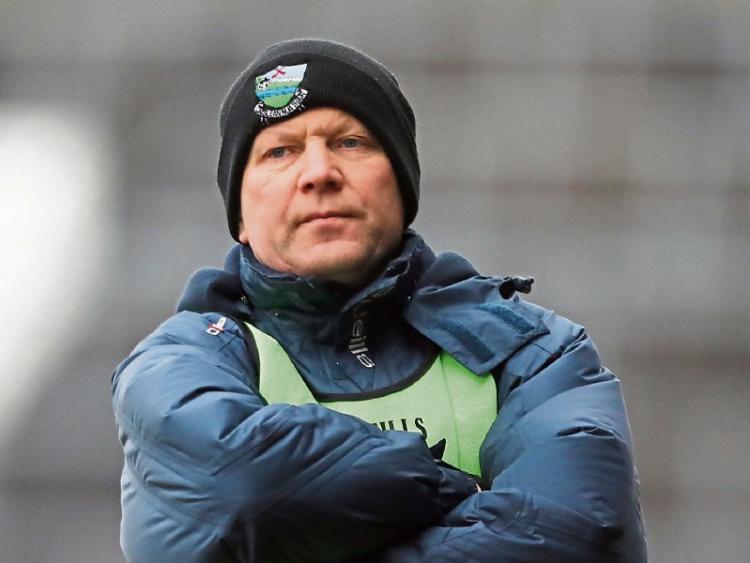 “EXTREME disappointment,” said Limerick manager Billy Lee, who wasn’t hiding his emotions after his footballers crashed to a third successive defeat in the National Football League in Carlow on Saturday.

“First ten minutes after half-time, conceding 1-3, gave them the lead and the way they played football, it was hard to break them down. They were bigger men than us and that was where the game was won and lost.”

He identified the opening minutes of the second half as the turning point of the evening.

“I didn’t have any qualms at half-time. Playing into the breeze wasn’t going to be an issue. Some things we were doing well, some things not so good but that 1-3 rattled us a small bit. We continued trying to take the game to them but we didn’t catch them.”

Left with a hill to climb, Lee felt his side’s lack of physique made it difficult for them to break down Carlow’s blanket defending.

“It wasn’t so much we ran out of invention but we were up against thirteen players behind the ball and there was nowhere to play. Their physical presence was much greater than ours and we kept losing the ball when we tried to take it into contact. And when we tried to run it in, there was no space open to us. So it was a difficult final twenty-five minutes.”

And the Newcastle West man doesn’t see any quick fixes to his side’s difficulties against physically stronger opposition.

“Size and being able to carry the ball into contact makes a big difference. Carlow had five or six bigger than anyone we’d playing for us, bigger than what’s available in the whole county to play for us. I’m not aware of any others playing football in Limerick who are as tall, as physically developed and as athletic as what we’ve got. Anyone who has that combination in Limerick is playing some other game. We just have to look at other ways to get over this problem.”

With promotion now an impossibility, his immediate task is to develop his young side for the business of the summer.

“There’s an old saying, what doesn’t kill you will make you stronger. We just have to knuckle down, stay tight as a unit, continue to believe in what we’re trying to do. Just because you lose a game doesn’t mean you’re not learning. But ’twould be nicer to win a game and say you’re still learning.”