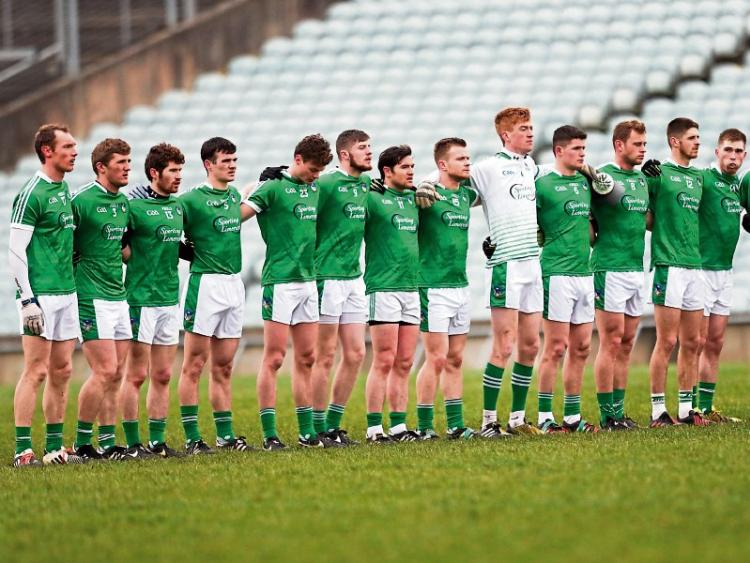 A third defeat out of three ended Limerick’s hopes of a quick return to Division Three of the National Football League as it ended Carlow 1-10, Limerick 0-10 in Dr Cullen Park.

Out of contention with over half of their programme still to play, their goose was cooked by Carlow’s burst of 1-3 without reply during the opening minutes of the second half.

Up to that point, everything had been going right for the visitors.

Séamus O’Carroll  broke the stalemate to put Limerick ahead only to be met immediately by John Murphy pointing on the run but the visitors’ more adventurous approach saw Jamie Lee’s long free and Iain Corbett put them ahead.

However, a break from the back delivered a Darragh Foley point and, after O’Carroll sent over a ‘45’, Brendan Murphy pulled one back for the hosts to leave them trailing 0-7 to 0-5 at the break.

Just three minutes after the restart, the home supporters were in full voice as Brendan Murphy’s speculative shot was punched out by Donal O’Sullivan and Ciarán Murphy was pulled down after collecting the clearance. John Murphy slotted home the penalty and, with their tails up, Shane Clarke, Eoghan Ruth and Brendan Murphy put four between the sides.

Ger Collins interrupted the gallop, giving Limerick the break to claw their way back into contention and, with Carlow’s workrate eased off. A Collins free shaved the gap further but they missed chances to bring it back to a point and Murphy punished them by striking from distance.

Carlow settled back into the possession game for the last ten minutes of normal time and five added for stoppages and had the strength where it counted to keep Limerick at bay.