Goggin among five changes to Munster team for Scarlets visit 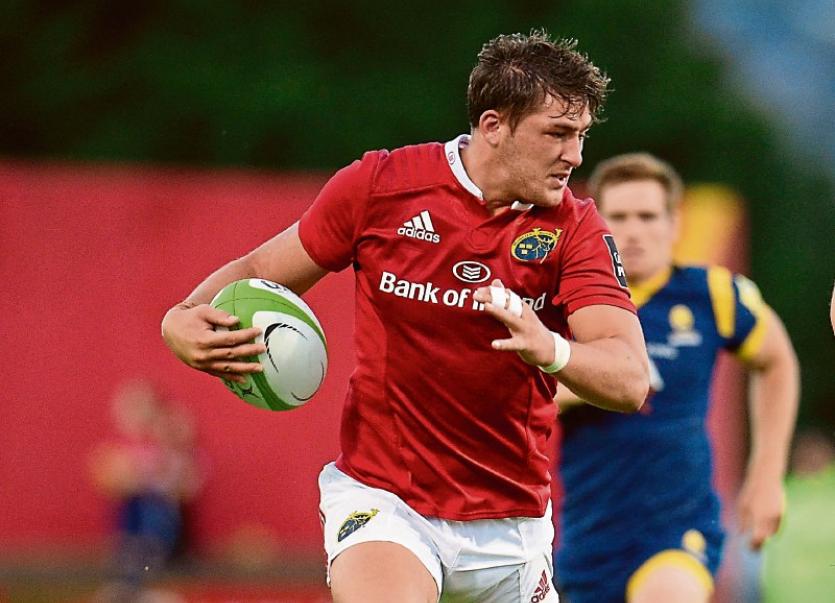 YOUNG Munster’s Dan Goggin returns as one of five changes to the Munster team for Friday night's round 16 Guinness PRO12 encounter against Scarlets at Thomond Park (7.35pm).

Missing out are injured duo Jack O'Donoghue (ankle) and Rory Scannell (knee), who are both expected to make a return to full training at some point next week after picking up injuries in last weekend’s win over Ospreys.

On a positive front, Jaco Taute has made a full recovery from his shoulder knock sustained against Newport Gwent Dragons to start at full back this weekend.

With Taute at full back, academy player Goggin take his place alongside Francis Saili in midfield.

In making his second PRO12 start, academy back row Conor Oliver makes his first appearance in the number 8 jersey as he joins Dave O'Callaghan and Tommy O'Donnell in the back three.

Dave Foley links up with Billy Holland in the engine room as Stephen Archer takes his place in the front row next to Rhys Marshall and Dave Kilcoyne.

In the replacements, Young Munster’s first year academy lock Fineen Wycherley is included in his first Guinness PRO12 squad. The 19-year-old Cork native has made two starts for the Ireland U-20s in this year's Six Nations campaign.

Elsewhere Ian Keatley and Andrew Conway return from Ireland camp to be named in the match-day 23.