Clarke excited by Limerick's return to the Premier Division 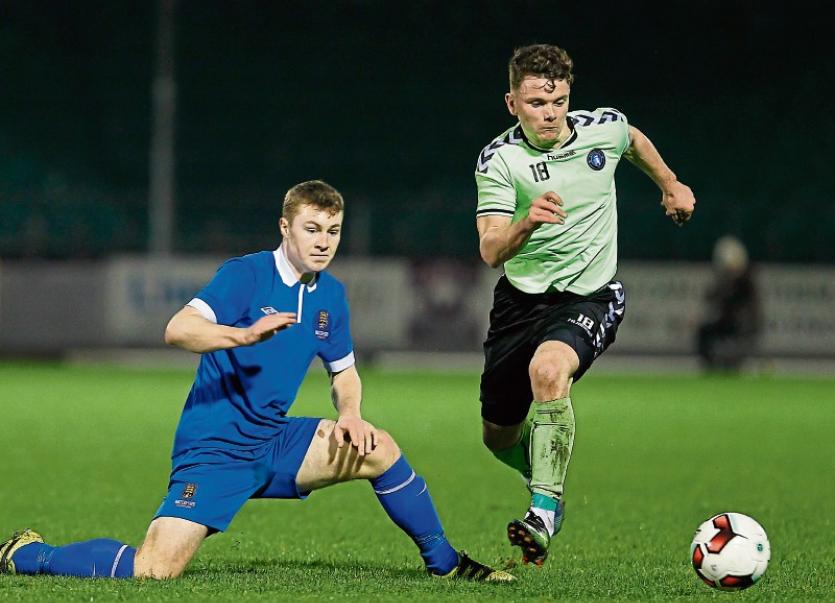 LIMERICK FC winger Dean Clarke declared himself excited about the upcoming season, given the strength of the Blues squad ahead of their return to the Premier Division of the SSE Airtricity League.

Limerick fell behind against Waterford in their final pre-season friendly on Friday night, but a strong comeback sparked by Clarke's opening goal was too much for Waterford to handle, and the hosts ran out comfortable winners.

Clarke admits both periods were polar opposites. Goalscorer Clarke said: "Tonight was a game of two halves really. In the first half, they had more energy about them.

“We looked the far superior side in the second half.

“I think it shows how strong the squad is that we were able to make a number of changes and still be an attacking force."

The squad the Blues had at the start of the 2015 Premier Division season lacked any real depth, but the fan favourite thinks it's different this time around.

“I think the squad's come together nicely. We've quite a lot of depth. I still think there's one or two areas we need to add in, if we want to be where we aim to be. Those are defensive positions.

“From an attacking point of view, we're going to be the most attacking side in the league. There's competition everywhere. I need to be at it every day if I want to be playing.

With good players comes lofty expectations, and the Dublin native isn't shying away from the challenge.

“When people come out to watch Limerick, they now expect to see us win and score goals. Come Friday, I think we'll be bang at it because we know what's expected of us. (Sligo) put together a good squad. I think they've lost one or two but they've added even more, but hopefully we can come out on top.”