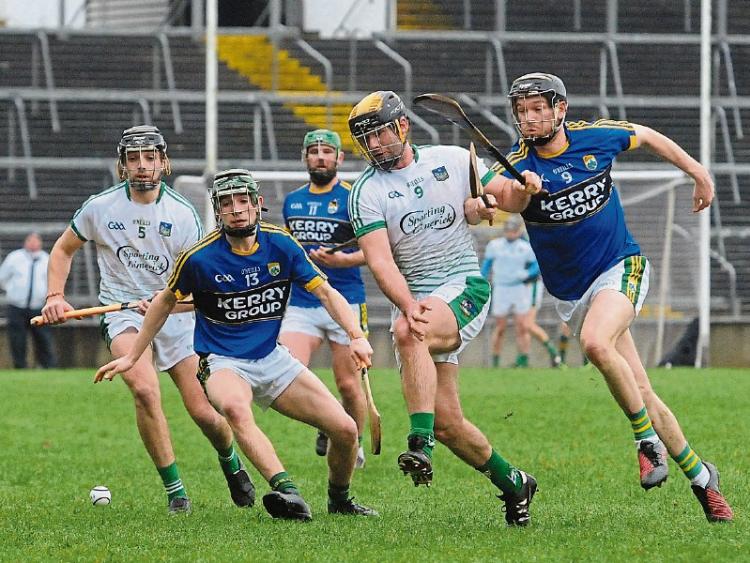 JOHN Kiely hasn’t completely written off promotion for his Limerick hurlers but accepts Wexford will “most likely” secure passage to the top flight.

While only two rounds of the five are playing in Division 1B of the Allianz Hurling League, wins for davy Fitzgerald’s Wexford over Limerick and Galway have put them firmly in pole position.

”There are three more games to be played,” said the Limerick manager.

”You never know what is going to happen in this game but you would have to say it’s most likely at this stage. We will wait and see - we are going to take it one game at a time, as we said from the outset,” he said.

”We are focusing now on the Offaly game in two weeks time.”

Yesterday, Limerick kept up their side of the bargain with a 22-point win over Kerry. The big scoring margin was necessary if scoring difference was to be decisive in the promotion stakes.

”I am happy with the performance again - they worked hard right throughout the 70-minutes. The most pleasing thing was that we kept the scoreboard ticking over throughout and created loads of goal chances and converted six and we could have had another five or six,” said John Kiely.

”Most pleasing was the attitude of the players beforehand and all week in training they responded really well to the match last week (Wexford) and they got themselves right for today and worked hard and grew in confidence again in the course of the game and you could see them finishing strong.”

On top of the 4-13 from play, Limerick hit 10 wides and saw a number of other chances go abegging.

”The lads were making good runs inside and we could see the runs but the lads were just taking the yard or two much out of it and trying to break a tackle too much. We got some good ball into our forwards today and our forwards worked hard to get onto them and they took them on at every chance,” said the manager of his attack.

He added: “I am very happy with the way the forwards worked - our tackling could have been better and we gave away too many frees when the opposition were trying to come out with the ball so we need to get better at tackling and to be able to stop them fairly without giving away frees because the opposition will hurt us if we keep doing that

At the other end Kerry full forward Padraig Boyle had a hat-trick of goals.

”We conceded a couple of goals that were unfortunate - we got ourselves in the wrong place at the wrong time and that happens but obviously there is still stuff for us to work on even those three goals and that’s our focus now for the next day to try and eradicate those mistakes out of it.”