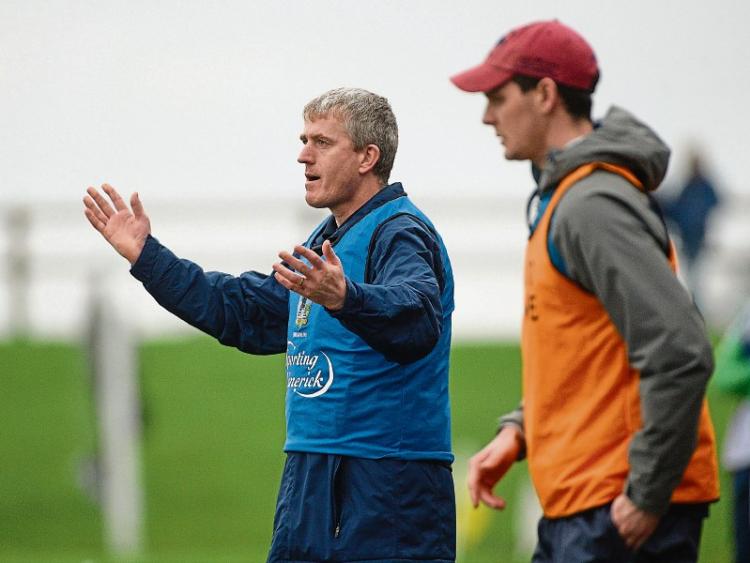 LIMERICK hurling manager John Kiely has claimed that his players were 'hacked down repeatedly' in yesterday’s loss to Wexford in the Allianz Hurling League.

Limerick fell to a first league loss to Wexford since 2005 in a game that left the Shannonside manager “frustrated” by a number of decisions by Cork referee Diarmuid Kirwan.

“It’s very disappointing and it’s not what you expect at this level. There was that penalty and maybe a second one - it was there all afternoon, it was just a disaster,” said Kiely of the refereeing and referencing a second half penalty decision against David Dempsey.

“We are extremely disappointed. I am thrilled with my team’s performance - the lads were absolutely superb, we worked the ball from the backs to the forwards, we won ball, we broke tackles, we broke lines and attacked their 21-yard line and then we were hacked down, repeatedly, full-stop and that’s the nub of the story,” outlined the Limerick manager.

”David Dempsey was clean through on goal and the goalkeeper comes through and hacks him down so hard that he injures himself and nothing - he should have been gone on a second yellow. He should have been sent-off at that stage,” said Kiely,

He added: “We got lots of frees outside their ‘65 but we didn’t get the ones we were looking for inside the opposition ‘21”.

”It wasn't’ just one or two decision today, it was far more than that – we will rise them up again and go again and try rise above it,” said the Limerick manager after the 1-14 to 0-14 defeat to Davy Fitzgerald’s side.

Limerick went to Wexford with a team including five debuts and while there were positives aplenty, an opening round loss certainly hinders a promotion push.

”You got to be left hurl - it’s hard to hurl with a fella on your back. It’s hard enough to carry yourself without carrying someone else.”

The hurlers now entertain Kerry in the Gaelic Grounds next weekend.

“We have to go away and do our business and that means we go and play Kerry and try and beat Kerry next weekend," said the Limerick manager in Innovate Wexford Park.