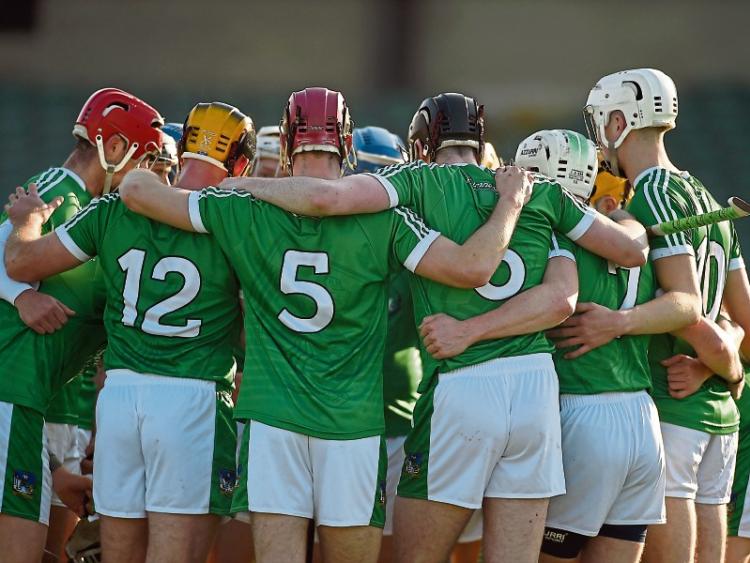 IT'S hard to believe that twenty years has passed since Gary Kirby collected the National Hurling League cup in Cusack Park in Ennis.

I think most people at the time would have forecast that it would have been won a few more times during the passing years.

Limerick has a proud record in the league but sadly winning this title seems a long way off at this point in time. Limerick have a very different target nowadays. Trying to get out of Division 1B has been the focus for a few years now but despite some great opportunities we have failed to win promotion.

This has cost Limerick dearly both on and off the field. Limerick had the odd good day over the past twenty years at senior level but over all they have faded into the back round amongst the hurling elite.

Limerick travel to Wexford next Sunday for the opening round of the league. This is a crucial opening game and one which Limerick have to win. Playing Wexford at home is always difficult but this time round I am expecting an even greater challenge from the Davy Fitzgerald managed team.

Over the past few weeks both of these teams played in pre season tournaments but this match will be played at a far greater intensity than those games. Not many people expected Davy Fitzgerald to be managing Wexford but now that he is we can expect a very determined welcome from them.

The hallmark of his teams is that they will work hard and be efficient in tight spaces. Wexford will be well drilled by Fitzgerald who knows Limerick inside out.

John Kiely is in his first year as manager at this level, he will know the importance of winning this encounter. The National League as it stands is very unforgiving and all games carry a fair degree of pressure.

Wexford will get men behind the ball, they will chase and make life very difficult for Limerick. How Limerick cope with that sort of attention might well decide the game.

Despite the games prior to the league Limerick are a long way from settling their team. There are gaps that need to be filled and the loss of Barry Nash has to viewed as a major set back.

Nash was one of the few forwards that could win his own ball but more over he was able to score goals. He was good in the air and his loss will be felt in the attack.

His departure so early is a major surprise. It came two days after loosing to Cork in the Munster League final.

Barry Nash had a bright future and I would think his hurling days are far from over.

Every effort should be made to resolve the issues between the player and management.

Limerick are playing the short hand passing game and as mentioned in recent weeks I just don’t think the players are able to adapt to it.

We have had various forms of it now over the past few years and to be quite honest I don’t like it and I don’t think it will bring reward to Limerick.

To me, the short game suits lads that are unable to win their own ball. It shows a lack of confidence. The top teams are direct and unless we play the game that we know best I feel we could suffer again in the longer term.

Wexford too will be under pressure to deliver at home. Yes Davy Fitzgerald said last week that he didn’t expect them to come out of Division 1 B but anyone that thinks he believes that will be well wide of the mark. Fitzgerald will drive Wexford, he will have them hopping for this contest. He will want to set a good foundation on home soil.

Since taking over they have done a huge amount of work. Indeed I was with Brian Cody last weekend and he was impressed with Wexford, saying, “For sure, they impressed me in attitude and application. Their work rate was huge and I would think they will make life difficult for many teams.”

Now Cody is not easily impresseed and Limerick would do well to heed his words on Sunday. Limerick will need the half back line to be commanding and direct.

This line has seen various combinations in recent games but they need to settle on it now. Diarmuid Byrnes has been the standout player on the wing, while Declan Hannon has drifted in and out of games.

I expect him to start at centre back on Sunday and this will be a good test for him. Who the management decide to play on the other wing will be interesting.

Gavin O’Mahony has struggled in some games while Seamus Hickey has played in a few positions.

Hickey could get the nod for this game but either way settling the half backline is of vital importance to the overall development of the team.

The most testing games Limerick will have in the league will be this opening game against Wexford and the last match against Galway. A win next Sunday would set them on the road and confidence would develop from here.

I was speaking to Michael Donoghue, the Galway manager, last weekend and he is short a number of players at the moment due to injury.

They would however have a very strong chance of making the Limerick game. Galway will play Wexford in the second round of the league.

I expect Wexford to bring a really serious challenge to Limerick next Sunday. Fitzgerald has lit a new fire in the East coast and for that reason Limerick will need to hit the ground running.

Wexford Park has always proved a difficult venue for Limerick and they will need to play well to gain the points next Sunday. The task facing John Kiely and his management team is to get Limerick out of Division 1B.

An opening round win against Wexford would provide the ideal start for Limerick and lets hope it’s the foundation to a great year. I hope that supporters make the journey to Wexford Park.

The team will need support because you can be assured that Wexford will travel in big numbers. You could be looking at around ten thousand attending this encounter. Limerick teams feed from good support and that support will be needed next Sunday.