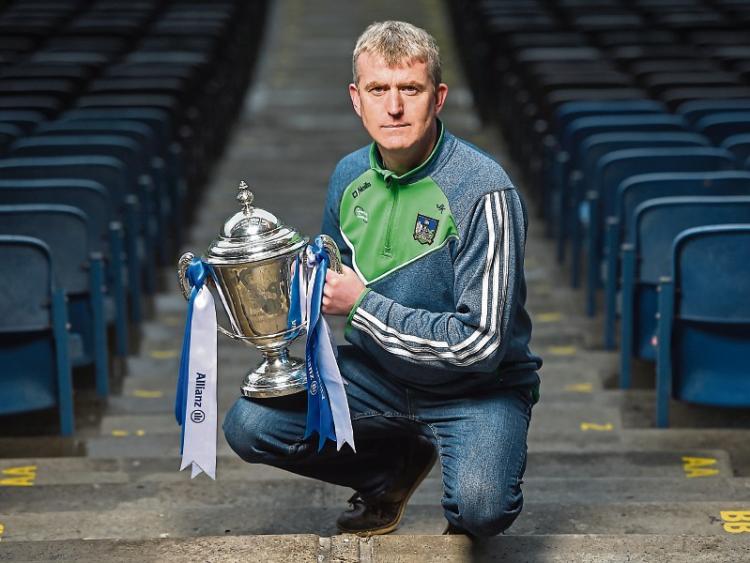 Limerick travel to Wexford for round one action in the Allianz Hurling League and ahead of the tie with Davy Fitzgerald’s new side, John Kiely was in Croke Park this Monday for an media briefing.

The new Limerick manager hit out at “impatient” supporters, illustrating his frustration with abuse hurled at the players and management during the 21-point loss to Cork in the Co-Op Superstores.ie Munster League.

“We have great support in Limerick, huge support in terms of numbers but they can be rather impatient at times and maybe lack a little bit of perspective on where things are at. That day against Cork in the Munster League, there were quite a number of people in the crowd who were extremely abusive and it was not at all appropriate that players be treated like that on the day, given the amount of time and effort and work they put into preparing themselves on the pitch, and off the pitch,” explained Kiely.

“That is not something we would like to see again. We have an awful lot of decent people involved in hurling in Limerick, and if they are people out there that aren’t behind the team, we would rather they stayed away,” he said.

“We would like to see the people who are real, true hurling people in Limerick step up and follow the team through thick and thin, through good and bad, and support the players and acknowledge the effort that the players are putting in.”

“I am the manager of the team and I get plenty of it (abuse) too and that is okay. But these lads are young, most of them are 21, the average age of our panel is 21.3 years of age, so we would hope that we would have their ear and they would listen to the people that matter within our own group and they would be able to put those comments and those remarks, outside of the group, to one side and not let it affect them. That’s fine for us and the players because we are in our own group and our own bubble, but for family and friends (of players) in the stands and things, it is very difficult for them to take,” outlined the Tipperary based secondary school principal.

“They are very small in number and I would hope that the other support, the true supporters would stand up to these people and tell them that this is not appropriate and not something they should have to entertain in the crowd either. We have a phenomenal support, it’s only four years ago since the 2013 Munster final when the entire ground was swamped within 60 seconds of the final whistle. Go back to the 2015 U-21 final in Thurles and again you saw the groundswell of people literally swamping the field. We have a phenomenal supporter base and I just hope that that base will mobilise in the weeks ahead and not in the months ahead because we need that base to help us to get up and running as soon as possible.”

The bookies make Limerick the second favourites, behind Galway, to win promotion into the top flight of the league. However, Kiely isn’t setting any targets or feeling pressure from previous County Board comments about the importance of top flight league hurling.

"If we give ourselves an opportunity at some point down the road to gain promotion that would be great. As an ambition, obviously everybody wants to play at the highest possible level, so yes, it’s an ambition. What the effects of getting promotion would be, that would remain to be seen. There are no clear cut goals set down by us or the county board and we are not under any obligation to anybody to achieve x, y and z in any defined time frame and that’s very clear.”

He explained: “They’ve grown definitely over the space of 12 weeks, their enthusiasm for the training has been fantastic. I couldn’t have asked for another iota on any occasion. I couldn’t say we had a single flat session in the whole time. It’s been just better and better week after week after week after week. We can see the improvement since we went down to Waterford in the Munster League. We are progressing very quickly and that’s something that I’m very encouraged by”.

“If we keep progressing at that rate in the months ahead, I think we’ll be in a great place by the summer.”