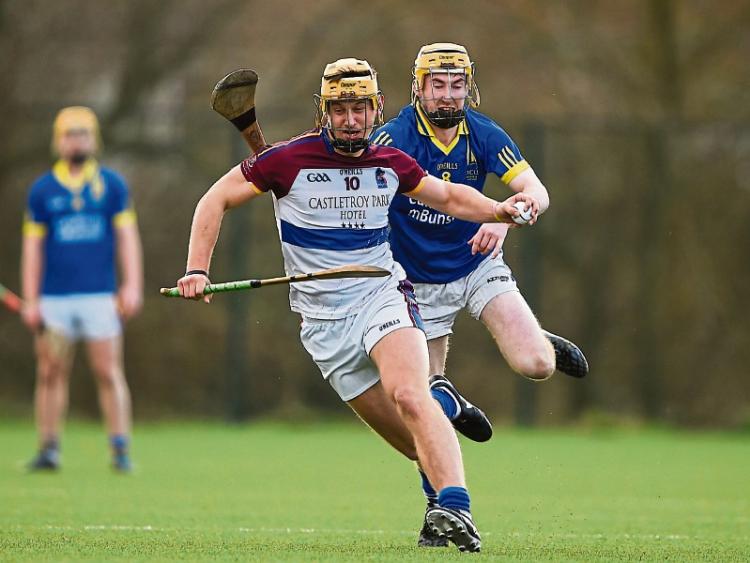 ALL three Limerick colleges have secured home advantage in the quarter finals of the Fitzgibbon Cup.

The last eight ties will take place on Tuesday next, February 14.

There is a potential all-Limerick semi final down the line between Mary I and LIT on Friday February 24 in Galway.

Ahead of this Tuesday’s round three group games, UL and LIT had confirmed their quarter final spots but champions Mary I needed a win or draw against DIT and they responded in style with a 5-28 to 1-8 win in Dublin.

Patrickswell’s Aaron Gillane hit a hat-trick of goals. He finished with 2-4 from play, while also landed five points from frees and scoring a goal from a penalty.

Lorcan Lyons scored one of the goals for Brian Lohan’s side. The Monaleen man was introduced as a sub, along with Pat Ryan and Ronan Lynch. Tom Morrissey was the only Limerick man in the starting line-up as UL rested a number of players.

David Dempsey was among the goals with Diarmaid Byrnes and Barry O’Connell also among the scorers.