Munster back top of Pro12 with win in Edinburgh 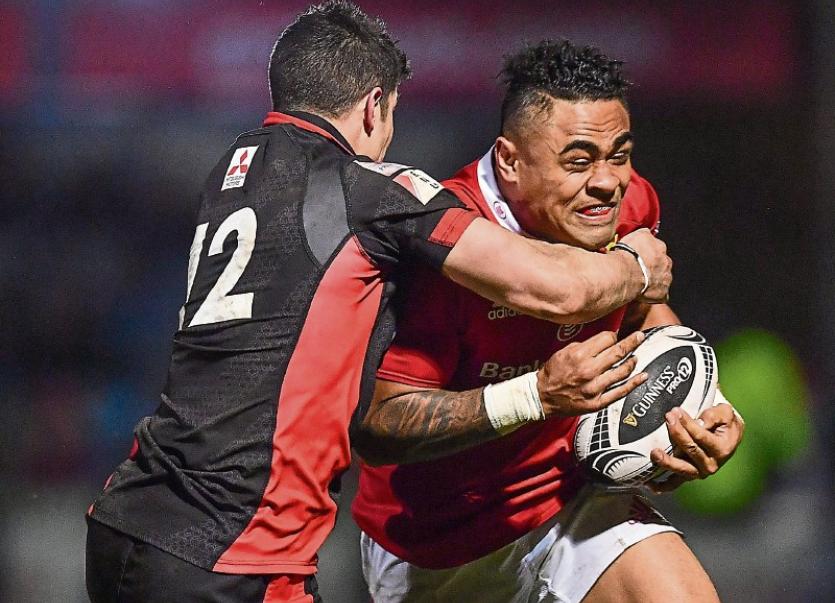 MUNSTER moved back top of the Guinness PRo12 table with a hard fought 10-9 victory over Ediinburgh at Myreside on Friday night.

A second half penalty goal from out-half Tyler Bleyendaal proved the winning score as Munster edged their spirited opponents by a single point after a tense battle.

Jason Tovey had kicked three first half penalties to hand the Scots a half-time lead.

However, Munster had remained in the contest, scoring their points thanks to a try from Ronan O’Mahony and a conversion from Bleyendaal.

Edinburgh’s Blair Kinghorn did have a difficult last-gasp chance to send the 5,235 crowd home happy, but his penalty attempt from his own half fell just short.

Munster have a single-point advantage over their Welsh rivals, with both sides now having played 13 matches.