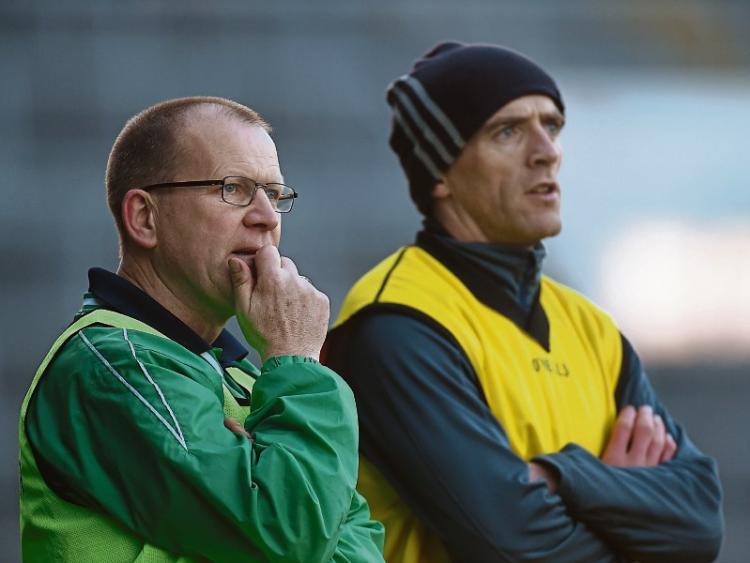 THE Limerick footballers have confirmed a 32-man panel ahead of the start of the Allianz Football League.

Also notable is the return of attacking duo Ger Collins and Seamus O’Carroll.

While the panel is confirmed for now, it is understood it will remain open-ended and with just three U-21s included others could yet come into consideration.

In January 2016 then manager John Brudair released his initial league panel of 29-players. Remarkably 13 of those are no longer involved for varying reasons.

Indeed eight who played in the 2016 championship aren't currently involved. Among this group are injured duo Ian Ryan and Seanie Buckley, the retired Pa Ranahan and the emigrated Paudie Browne.

Others that were part of the 2016 panel that are no longer involved are Gearoid Hegarty and Stephen Cahill (both now hurling) and Tom Lee (transferred back to Galway).

The new-look Limerick team and management begin their Division Four campaign this Sunday in Wexford.

It’s the first of seven games as Limerick bid to climb straight out of the basement division.

The footballers begin with two of their toughest ties.

First up is a February 5 trip to Wexford, while one week later Westmeath come to the Gaelic Grounds.

Elsewhere in the league, there is a hurling-football clash on Sunday February 12 – the hurlers are away to Wexford and the footballers home to Westmeath.

There is a weekend double on March 25-26 – the footballers are away to Waterford on Saturday evening with the hurlers home to Galway on Sunday.

Sunday February 12 – Limerick v Westmeath in the Gaelic Grounds at 2.00

Saturday March 4 – Limerick v London in the Gaelic Grounds at 7.00