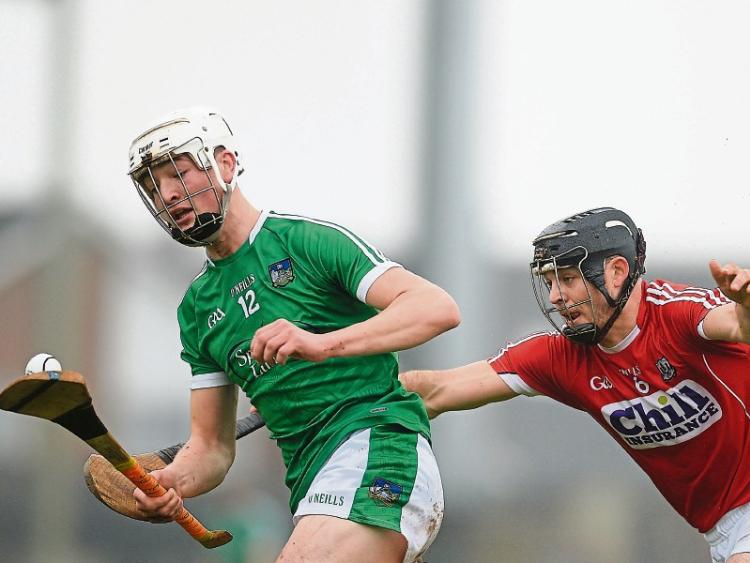 AN agonising defeat for Limerick in this Sunday’s Munster Hurling League final in the Gaelic Grounds.

It finished 1-21 to 1-20 with an an Alan Cadogan goal in the fourth minute of injury time snatching the title for Cork in the Co Op Superstores.ie sponsored early season provincial competition.

It was an opening half in which the teams were level on six occasions.

Cork hit the first three points but then on eight minutes came the first half Limerick goal from David Dempsey after a fine pass from new captain James Ryan.

Dempsey and Diarmaid Byrnes added quick points and Limerick were 1-2 to 0-4 ahead at the end of the opening 10-minutes.

Barry Nash and Graeme Mulcahy had joined free-taker Peter Casey on the scoresheet by the 23th minute to leave it 1-8 to 0-9.

But Cork were back level five minutes from the break until points from Mulcahy and Kyle Hayes saw Limerick ahead by two points at half time in front of an attendance of 2,372.

Limerick were ahead 1-16 to 0-15 midway through the second half.

Then came five in a row from Cork to move them ahead.

Two Peter Casey frees levelled the game and then it looked like David Dempsey had won it for Limerick. A Diarmaid Byrnes free increased the lead to two points until the 74th minute goal from Cadogan sealed the win.