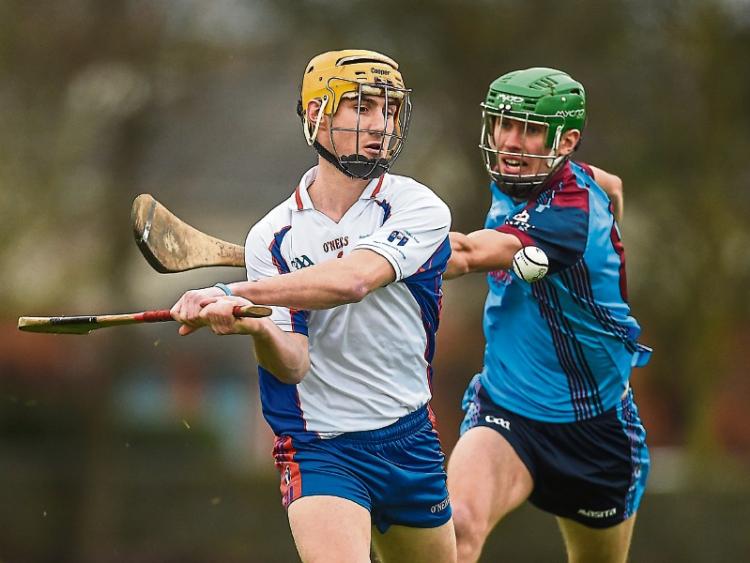 ALL three Limerick colleges made winning starts to the Fitzgibbon Cup this Tuesday afternoon.

Champions Mary Immaculate College opened their title defence with a 2-31 to 0-16 win over GMIT.

Cian Lynch was involved in the opening half goal, while Thomas Grimes scored one in the second half.

UL started with David McCarthy (Glenroe) in goals, Mike Casey (Na Piarsaigh) at corner back and Gearoid Hegarty (St Patricks) and Tom Morrissey (Ahane) in the half forward line. Barry Nash (South Liberties) replaced Morrissey during the second half, while Ronan Lynch (Na Piarsaigh) and Lorcan Lyons (Monaleen) were also introduced as subs.

The Cork side had Daragh Fanning (Pallasgreen) at full back and Robbie Hanley (Kilmallock) in midfield.

Waterford’s Stephen Bennett had a 13th minute goal to move them 1-6 to 0-4 ahead.

Gearoid Hegarty, Barry Nash, Ronan Lynch and star man Tony Kelly were all among the second half UL point scorers.

Davy Fitzgerald’s LIT had an easy 4-21 to 0-7 win over Fitzgibbon Cup newcomers Trinity College in Moylish.

The Dublin side had Eoghan McNamara (Doon) at wing back.

Round Two takes place on Thursday February 2, with UL the only local side at home – against NUI Galway. The final group games on Tuesday February 7 when all three Limerick sides are away from home.

The two two in each group advance to the quarter finals on Tuesday February 14.