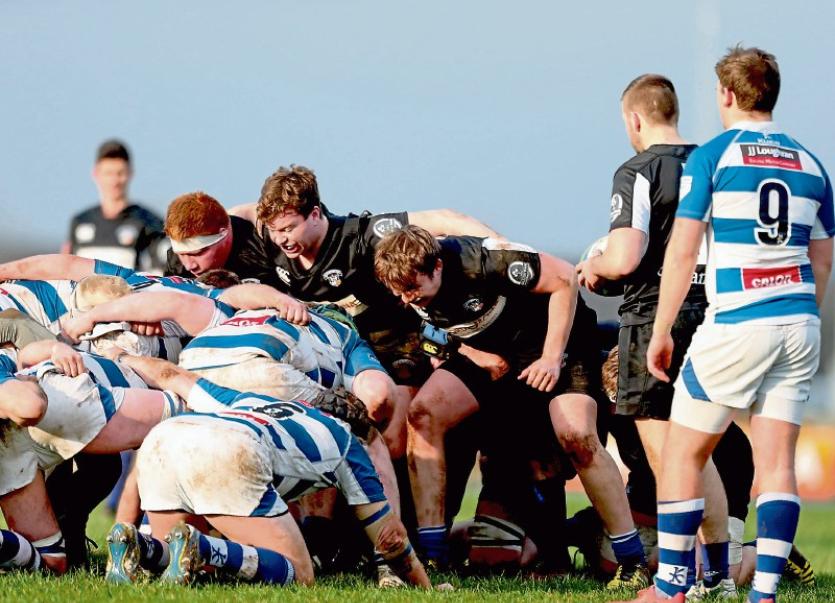 IN-FORM Old Crescent have moved into promotion play-off contention in Division 2B of the Ulster Bank Leaguer after scoring an exciting 38-20 bonus point win over Dungannon at Rosbrien on Saturday.

However, there was disappointment for two other Limerick sides in Division 2 as the AIL resumed after a lengthy Christmas and New Year's break.

Thomond remain rooted to the foot of the Division 2B table after shipping a hefty 43-6 defeat away to Greystones. There was also disappointment for Bruff in Division 2C as the County Limerick side suffered a 20-17 defeat away to Rainey Old Boys.

Old Crescent sit in fourth place in 2B, level on points with third-placed Wanderers,  after recording their fourth win on the bounce and sixth in all  of the campaign.

The Limerick side ran in six tries in all with the experienced duo of Brendan Guilfoyle and Brian Tuohy helping themselves to a brace each, while Barry Neville and John O'Dwyer also touched down.

Neville also added four conversions for a Crescent side which had trailed 7-13 at one stage in the opening half.

Next up for Old Crescent is a crucial derby clash with basement side Thomond, who now sit four points adrift of City of Derry in the 2B table, at Liam Fitzgerald Park on Saturday next.

Dermot Fitzgerald kicked two penalties for Thomond in their 43-6  defeat at Greystones, who inflicted a 59-7 defeat on the 'Royal Blues' in the league before Christmas.

Thomond will be desperate to record just their second win of the AIL when hosting local rivals Crescent next weekend in order to boost their survival hopes.

Meanwhile, Bruff remain seventh in 2C after taking a losing bonus point from their 20-17 loss away to Rainey Old Boys. Tony Cahill bagged all of  Bruff's points as their three-game winning run in  2C  was halted by the Division's second-placed side.