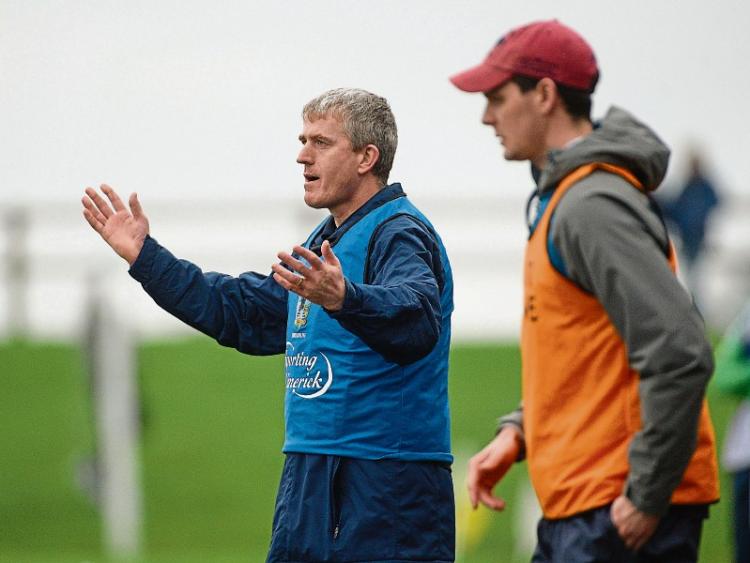 LIMERICK hurling manager John Kiely has challenged his players to produce an instant response when his side travel to play Clare this Wednesday evening.

Just 72-hours after Sunday’s 21-point loss to Cork, Kiely wants his players to prove their worth.

”We need a response on Wednesday night against Clare. Fellas are going to have to turn around and show us that the jersey means more than it did today,” said John Kiely.

Limerick conceded seven goals in the one-sided Munster Hurling League game in the Gaelic Grounds but have little time to recover with a trip to Sixmilebridge this Wednesday (7.30) to play Clare in round three of the early season provincial competition.The new manager said that there were no excuses for the below par display against Cork.

”We knew there were going to be no easy days and that there were going to be possibly low points along the way - this is a very low point and we have to respond to it. There is no backdoor for getting away from responsibility or accountability for what happens out on the field - what happened out there today we are accountable for and we have to take responsibility and respond and show that we are better than that and that we are capable of responding to that type of result,” he explained.

"We all have to go away and dig deep."

With management set to reduce the current panel of 41-players by approximately eight ahead of the February 12 start of the Allianz Hurling League, places are very much up for grabs against Clare and next Sunday against Kerry in the Gaelic grounds.

“When fellas get an opportunity they need to take them, simply as that,” stressed Limerick manager John Kiely.

Limerick have now used 32 players in the Munster Hurling League games against Waterford and Cork.

Wednesday’s tie with Clare will see Limerick coach Paul Kinnerk in opposition to many of his former players from the 2013 All Ireland SHC title winning Banner panel.

Elsewhere Limerick goalkeeping coach Alan Cunningham will be in opposition to his son Aaron, who was among the scores in Clare’s 2-24 to 1-15 win over Kerry on Sunday.