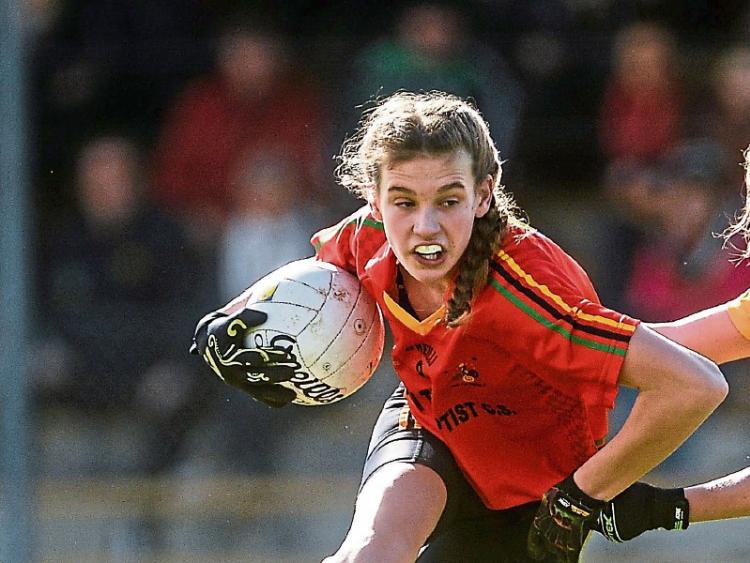 HOSPITAL'S John The Baptist Community School bid to complete a remarkable climb up the ladies football ladder this Saturday.

It’s a first ever Munster final in the senior A grade for the Hospital school.

Hospital are managed by teachers Seamus Dollery and Michelle Buckley.

To reach Saturday’s final they beat schools from Killorglin, Fermoy and Cahir.

Last year Hospital won the All Ireland Senior B final and Saturday’s team will be backboned by members of that side.

And, yet to come are Munster finals for the junior ladies football and camogie sides.

With a student population of over 1000 sport in John the Baptist is certainly on a high in recent times with the senior and junior hurlers also reaching the knockout stages of their respective championships.

”A lot of it is down to the great work that is done in all the clubs around us,” said Seamus Dollery this week.

“A few years back we were in Senior A semi finals but never an A ladies football final so there is great excitement. We are dealing with a very good and dedicated bunch of girls and hopefully all will go well for them on Saturday,” said the team manager.

”St Augustines have a strong tradition in Waterford but we would like to think that the final is a 50-50 affair,” said Dollery of the opposition, who are managed by former Cork Ladies Football All Ireland and All Star winner Angela Walsh.

Hospital have a 28 strong panel for Saturday final – 15 remain from last year’s All Ireland winning Senior B panel, who beat Galway opposition in the national decider.