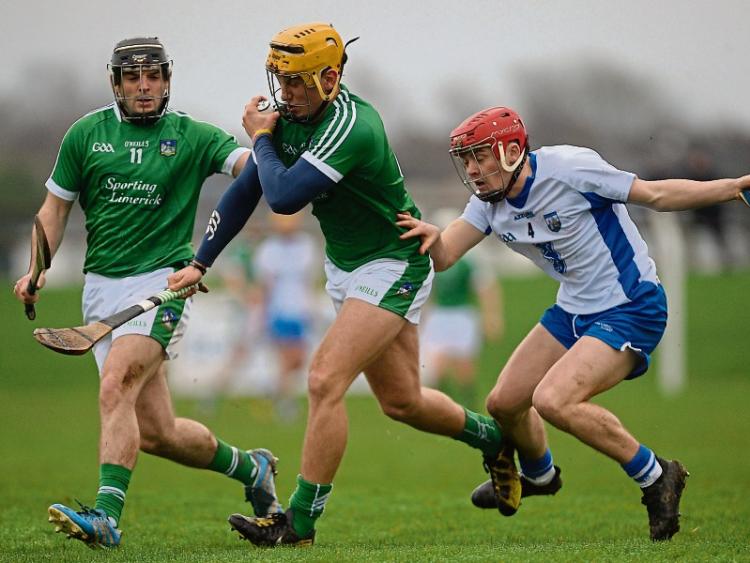 THERE was a winning start to life as Limerick hurling manager for John Kiely as Limerick beat Waterford 0-24 to 1-14 in the Munster Hurling League.

A run of 16 unanswered points in a 26-minute spell either side of half time lay for the foundation for the Limerick win in Dungarvan.

Limerick play Cork in the same competition next Sunday in the Gaelic Grounds.

Alan Dempsey led the way with seven points from play.

In John Kiely’s first game as Limerick senior hurling manager, his side contained six of the team that exited the All Ireland SHC to Clare last July – Quaid, McCarthy, Byrnes, O’Mahony, Hannon and Mulcahy.. There were first ever competitive senior starts for Na Piarsaigh duo Mike Casey and David Dempsey.

Limerick were slow from the blocks and needed the last five points of the half to leave just a goal between the sides at the break.

Within 10-minutes the home side in Fraher Field were 0-5 to no score clear.

And, it could have been a greater lead but captain for the day Nickie Quaid saved a penalty inside the opening 90-seconds from Billy Nolan.

A John Fitzgibbon free had Limerick off the mark in the 10th minute and five minute later Alan Dempsey had the first score from play for the men in green. Dempsey was to score three first half points from play.

The Waterford first half goal came on 17-minutes when DJ Foran fetched a long delivery over the head of Richie McCarthy and turned to crash a great low drive past Quaid for a 1-7 to 0-3 lead.

On 25-minutes the lead for Derek McGrath’s side was 1-10 to 0-5 but The Decies were not to score again as Limerick finally found their feet against a side containing just one of their 2016 championship team.

Limerick were to end the half with seven wides but the final five points of the half ensured all to play for.

And, the Limerick dominance continued on the change of ends. Indeed they were to score 16 unanswered points either side of half time as Waterford went 28-minutes without a score.

Two John Fitzgibbon frees were the only Limerick scores of the final 15-minutes.