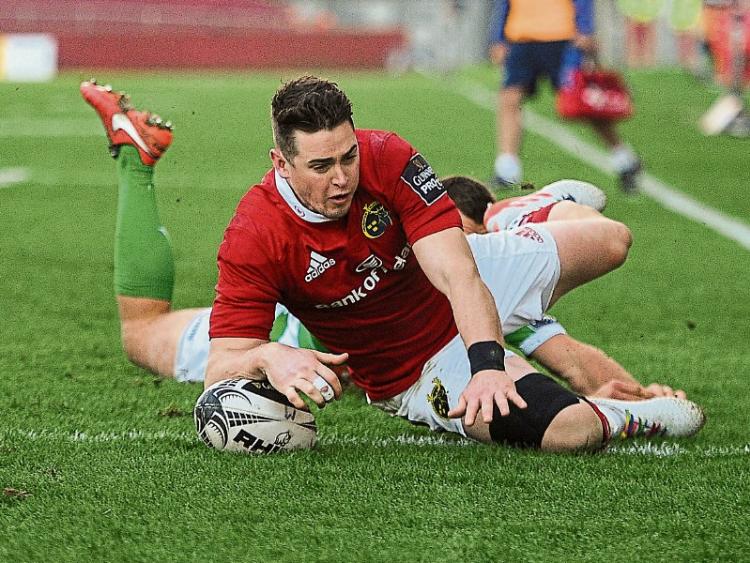 MUNSTER Director of Rugby Rassie Erasmus has made three changes to his starting line-out for the sold-out St Stephen's Day top of the table Guinness PRO12 battle with Leinster at Thomond Park, 5.30pm.

James Cronin, Jean Kleyn and Ronan O'Mahony are all included in the line-up, with fit-again New Zealand centre Francis Saili in line to make his first appearance of the season if sprung from the bench.

Kiwi Saili has recovered from shoulder surgery at the end of last season.

It's as you were with the international backrow of Captain Peter O'Mahony, Tommy O'Donnell and CJ Stander and there is no change to the halfback pairing of Conor Murray and Tyler Bleyendaal.

Winger Ronan O'Mahony, who was the 24th man for last weekend’s away date with Leicester Tigers in the Champions Cup, takes the place of Keith Earls in an otherwise unchanged backline.

Meanwhile, Leinster have made 10 changes to the starting XV which thumped Northampton in the Champions Cup last weekend for the December 26 trip to Limerick.