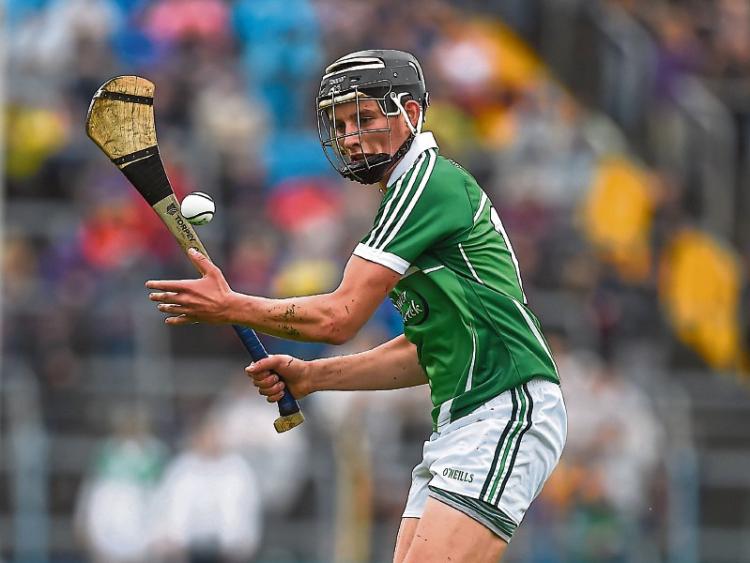 THERE won’t be any inter-county GAA dual players in the colours of the Limerick senior teams in 2017.

Gearoid Hegarty and Stephen Cahill are currently part of a confirmed 40-man Limerick senior hurling panel and both are accomplished inter-county footballers.

But the duo have committed 100% to John Kiely’s hurlers and therefore won’t be part of Billy Lee’s new Limerick football panel, which is to be finalised in January for the McGrath Cup.

This time last year St Patricks GAA star Gearoid Hegarty was named in both the county senior hurling and football panels. The towering midfielder played in the early rounds of the Allianz Football League but then opted to concentrate 100% on hurling ahead of the championship, where he made his debut against Tipperary in the Munster SHC.

Cahill, a 2013 Munster MHC winner at full back, was called up to the new senior hurling panel last month. The Mountcollins-Tournafulla clubman made his Limerick senior football debut in 2015 and for the last two season’s was one of the mainstays of the defence under former manager John Brudair.

Both Cahill and Hegarty played in defence this Monday night when Limerick played an inter panel charity game in Mick Neville Park.

Eight players missed the charity game due to injury but most should be ok for Sunday January 8 when new manager John Kiely will make his competitive debut when Limerick play Waterford in Walsh Park in the Munster Senior Hurling League.

Kevin Downes will miss 2017 due to a cruciate ligament injury but Sean Finn is close to a return to action after he sustained a crucicate injury back in February. Others like Paul Browne (knee), Richie English (finger), Alan Dempsey (hamstring) and Andrew La Touche Cosgrave (hand) are due back in full training after the Christmas break.

January will be hectic for the Limerick hurlers – after a January 8 trip to Waterford, Limerick entertain Cork the following Sunday and then on Sunday January 22 Kerry come to the Gaelic Grounds. There is also a mid-week floodlit fixture on Wednesday January 18 when Limerick play Clare in Sixmilebridge.