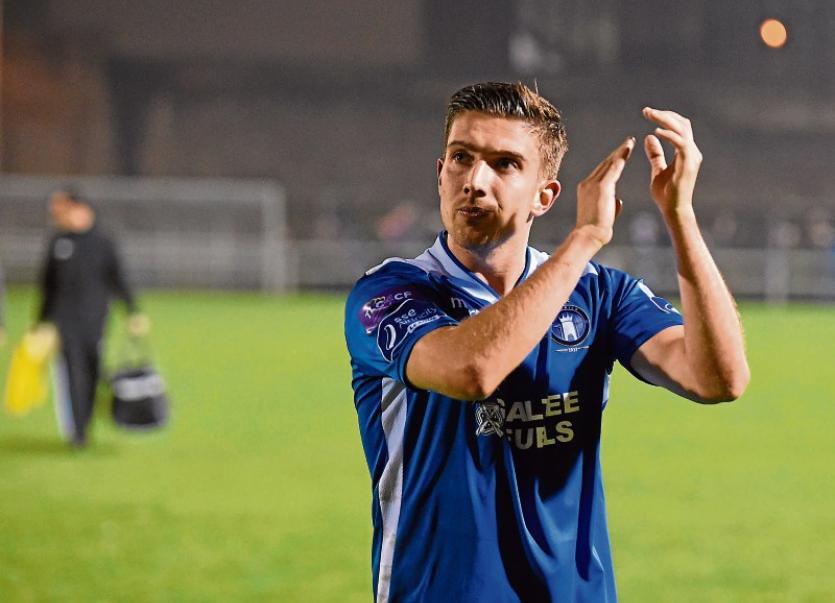 LIMERICK FC have announced the re-signing of Dean Clarke from Shamrock Rovers. Clarke left the Super Blues at the end of the 2015 season but has returned to the club after one year with ‘The Hoops’.

The 23-year-old forward told LimerickFC.ie that he is really excited for the challenge ahead in 2017 and admitted that it was a tough decision to leave after the club were relegated to the SSE Airtricity League First Division.

“I’m happy to be back. I obviously had a great year here. We didn’t have a great finish, but I really enjoyed playing here and I thought I played some of my best football here so I’m looking forward to another year like that,” said Clarke.

“It was a tough beginning but it was probably one of my favourite years ever in football, bar the end of it, because the team came through so well, we played some really good football. I enjoyed some of my best times here. I’m hoping I can hit the ground running when we start again.

Clarke started in 32 of Limerick’s league games during that relegation season and is looking forward to his return to the city.

“I went into Limerick not knowing a lot about the club so I didn’t know what to expect. I know the place quite well now. I know the city a lot better, I know where I’ll be living and I know the fans as well so that will make it a lot easier for me.

“I’m actually really excited about it because I know how good the buzz is around the team and the Markets Field, and how good the fans are, so that’s what I’m really looking forward to.

“I think all the lads have made it clear that they want to make a push for the top four. The lads obviously went close last year to winning a Cup and I know Martin is very interested in achieving that.

“It was difficult to leave Limerick because I knew a lot of the lads were planning on staying. I had an awkward time where I had a lot of travelling coming up and I was leaving a couple of days after that Finn Harps playoff.

“I think I’ve become a better player from it and I think I’ve matured as well. It was a tough decision but it was great to see the lads have such a good year and hopefully I can become part of it again.

“I still spoke to the lads very regularly last season. Like anyone I always saw the scores and I knew how much the lads were enjoying themselves. It was great to see. It was kind of hard not to be a part of, because I still felt part of it even though I wasn’t. I’m looking to settle back in very quickly.”

The Super Blues have also announced that Shaun Kelly has also signed up for the 2017 season.

Kelly was a vital member of last season’s First Division title winning side and his signing brings the number of players in Limerick’s squad for next season to 14.