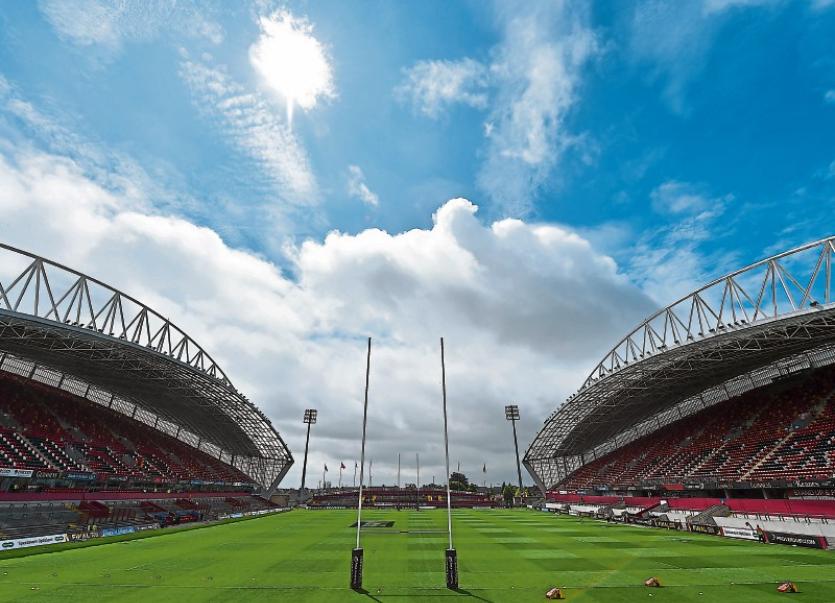 MUNSTER’S Guinness Pro12 top of the table game with Leinster is set to break an attendance record for Thomond Park as the game is now officially sold out.

An additional 100 temporary seats have been added to the venue to ensure as many people as possible can view the vital interprovincial derby.

The previous attendance record of 26,100 at Thomond Park for a Pro12 game  was set when Munster beat Leinster in the 2011 Final.

That record is now set to be broken after the extra seats were added for Monday’s match.

Munster and Leinster are only separated by points difference at the top of the Guinness Pro12 with both sides having played 10 games in the domestic competition.

Rassie Erasmus’ side go into the St Stephen’s Day game having lost to Leicester Tigers in the Champions Cup last weekend.

It was their first defeat since losing to Leinster in the Pro12 at the Aviva Stadium on October 8.

In other news, Munster have been linked with a move for New Zealand full back Ben Smith according to French newspaper Midi Olympique.

Smith played for the All Blacks in both Autumn internationals against Ireland and is said to be attracting interest from Munster and several French Top 14 sides.

The 30-year-old utility back has played 60 times for the All Blacks is arguably one of the best players in the world and would command a huge salary if he opts to move to the northern hemisphere.

The province are also rumoured to be looking to bring in James Hart from Racing 92 next season.

The scrum half has struggled to get a look in at Racing since moving from Grenoble last summer and would be a welcome addition to an area where Munster lack depth.

Conor Murray and Duncan Williams are the only fully contracted fit number nine’s available options to Rassie Erasmus at the moment.

Tomas O’Leary moved to Montpellier a couple of months ago and Cathal Sheridan is also out with a long term ankle injury.

The province did bring in cover in the name of Angus Lloyd from Ulster and Te Aihe Toma from the Highlanders to cover the position but both players are on short term contracts.

The French newspaper are also reporting that Munster out half Ian Keatley could be on his way to France with a summer move to Top 14 side Bayonne.

Keatley has had his game time significantly reduced this season due to the form of Tyler Bleyendaal and the contract he signed in January 2015 expires in the summer.