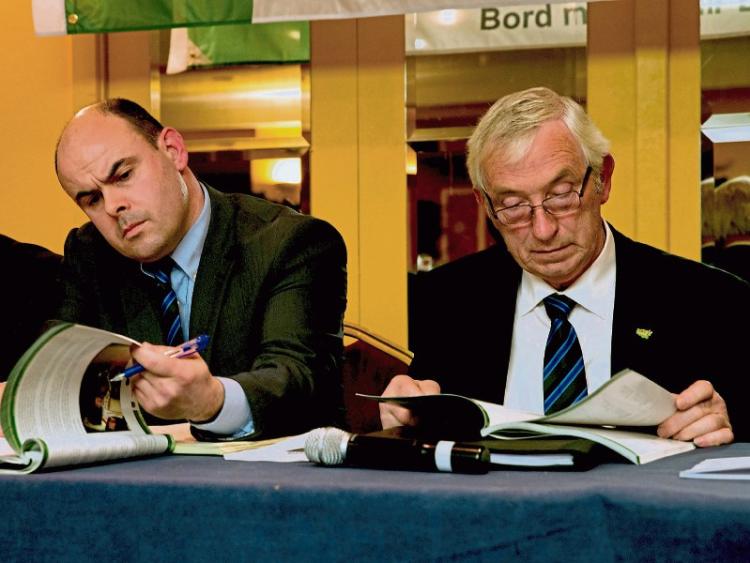 THE finance of Limerick GAA “is still in a precarious position” according to Limerick GAA secretary Mike O’Riordan.

The comments were made during last Thursday’s Annual Convention in The Greenhills Hotel.

While Limerick recorded a slight surplus, the treasurer appealed for all to "put shoulder to the wheel” outlining that an extra €300,000 was needed.

“Three things we should try and achieve - the first thing is to be in Division 1A of the hurling league and not being in Division 1A carries a cost of €100,000 per annum because the difference between 1A and 1B in the distribution of gates is about €100,000.

"We should try and increase our members in the Club Limerick Draw by a minimum of 1000 and the net income would be €100,000 and then at this side of the house we need to increase our commercial income by €100,000. These would bring in an additional sustainable income of €300,000,” explained Donal Morrissey.

The Ahane man added: “It might be difficult to achieve but if everybody worked together it’s possible.”

He asked for more support for the Club Limerick Draw – formerly The Mackey Stand Draw.

"It’s a little bit of a no-brainer - join the Club Limerick Draw and this side of the house takes all of the risk, meets all of the costs and expenses and the club keeps half of everything they collect with no liability, risk or responsibility of any description and in addition to that when you join, you get a loyalty card for several outlets that give you 10% off and you still get a chance of winning a €10,000 lotto jackpot 10-times a year, a twice a year chance of winning a new car and there will be 30 other prizes in 2017,” said Morrissey.

”If we are talking about what we should do to profit the County Board then every club should walk out of here, embarrassed to come back next year unless they have 100 members in the draw and if a club went away out of here and did nothing other than that then it would be the best year’s work that could do.”

He outlined: “In order to give clubs some focus we say a senior club should be targeting 200 members, an intermediate club 180 and junior 150. There was a time when there was a quota but we took those quota numbers and reduced them a little bit more palatable and that was done following meetings with the clubs. If every club who had less than 100, just took off their jacket and put their shoulder to the wheel a small little bit then you would be surprised what you could achieve,” he stressed.

The Annual Convention heard that Donal Morrissey would be contesting for the position of Munster Council treasurer at the provincial council convention early in the New Year.