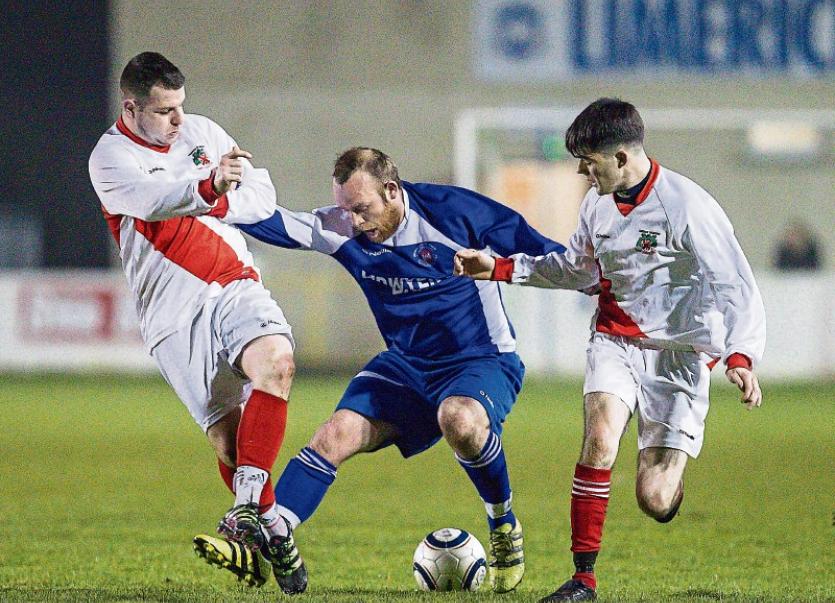 The win ensures Limerick District League top of their group and on course to earn a home draw in the quarter finals.

Having won their opening two games, the home side needed a draw to ensure top place and they achieved that goal with ease.

Limerick District broke the deadlock on 15 minutes. An excellent run by Tierney saw him keep the ball in play before crossing. O'Shea's headed clearance fell to Dan Butler and the Nenagh man calmly volleyed home from 15 yards.

Limerick District began the second half on the front foot and sloppy defending on the edge of the box was punished when Jonathan Grant intercepted and clinically curled the ball into the bottom corner. Substitute Alex Purcell made it 3-0 with an excellent goal when he raced in from the right before firing across the keeper into the far corner.

It was 4-0 minutes later. Danny Butler put Adrian Power away on the left and his delivery saw Grant open his bogy to guide the ball to the net.

Alex Purcell made it 5-0 from Eddie Byrnes' delivery before Desmond got a consolation score when great determination from Mambuana yielded results.

The scoring was completed in this Oscar Traynor Trophy tie when Adrian Power set up Eddie Byrnes to finish to the net.