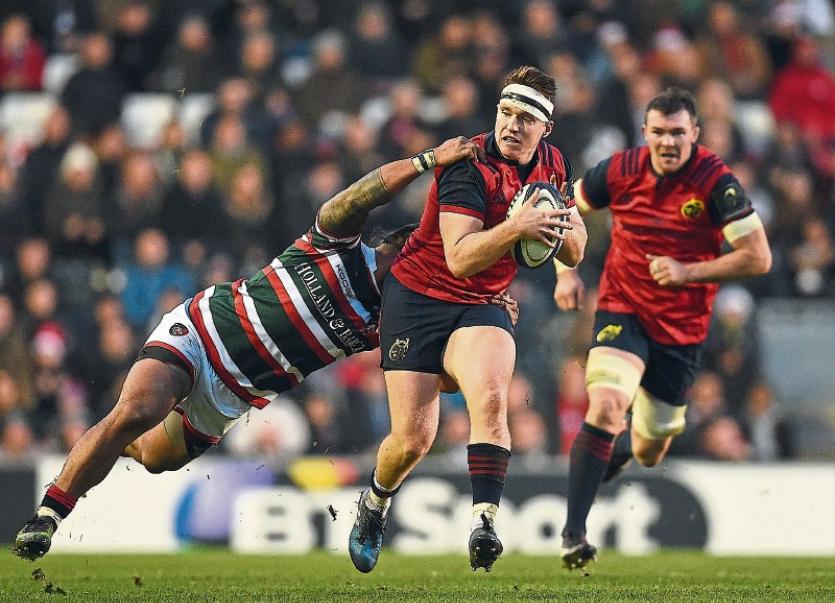 MUNSTER Director of Rugby Rassie Erasmus said he felt Leicester deserved to win Saturday’s nail-biting Champions Cup clash in Welford Road, despite his side leading the contest into the final minute of the game.

A last gasp penalty goal from Leicester out-half Owen Williams from all of 52 metres out helped the Tigers secure a dramatic 18-16 victory in the second of their back-to-back Pool 1 meetings.

Afterwards Erasmus said: “We were quite clear it would be a different game to last week's (at Thomond Park). We weren't playing at home and it was a Leicester team that played for survival and they were really desperate.

“They deserved to win the game, even if that kick at the end didn't go over. I still felt overall they played better than us on the day.

“It was a good match-up, but at the end of the day I think they deserved to win.

“It was a great kick by Owen (Williams) and it was a deserved penalty at that breakdown because they stole the ball legally.

“Listen, it is fair play to them. It was a great game of rugby. To come up against Leicester as fired up as they were and we managed to almost pull it back at the end.”